The weight of the world rests on a single gem. Sapphire. According to legend, ancient Persians believed that the earth rested on a giant sapphire, and its reflection is what caused the sky to be blue. Prized since 800 B.C., the ‘Gem of the Heavens’ has acted as an amulet to emperors, stirred the souls of Buddhist monks and represented a symbol of truth for saints. Kings and queens have used this gem for centuries to attract divine favor and defend themselves from harm. Its place in history is as varied as the shades sapphires are found in. Sapphires most loved hue is a royal blue that is not only magnificent, but majestic. It’s no surprise that the king of gems is considered to be the ultimate must-have for many color connoisseurs. There is no gem that rivals the majestic blue sapphire. Blue is cool, refreshing and sublimely serene. It reflects the sky above and the sea below. Cobalt, cornflower, navy and indigo are only the tip of the awesome array of colors sapphire has to offer. Found in all colors of the rainbow but red, this transformative gem is lovely in every hue. However, it is the gorgeous and glorious blue sapphire that is considered to be the most treasured of all gems. 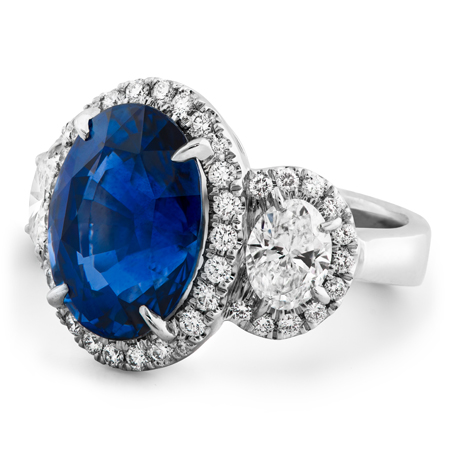 What separates the ordinary from the extraordinary?

Quite simply, the color. The color of a sapphire is the most important factor in determining its value. A true top-quality blue sapphire is the standard which all other blue gems is judged against. Certain locations are known for producing premium color, and as a result command top dollar for their unrivaled beauty. The finest blue sapphires in the world are found in remote locations such as Myanmar (Burma), Sri Lanka (Ceylon) and Mozambique. There are many additional locations where sapphire is found in abundance, but the rarest blue sapphires are challenging to mine, difficult to acquire and extremely limited in availability. 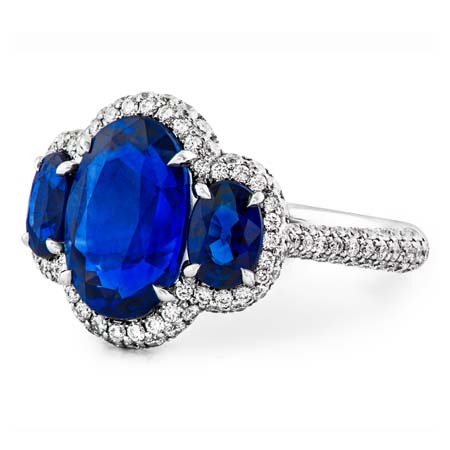 Royal or vivid blue is the most highly sought-after hue for a sapphire.

The gem should also be not too light, and not too dark in appearance. The final outcome of the gem lies in the hands of the cutter. Sapphires don’t have an abundance of inclusions like some gemstones, but they do have features such as color zoning that creates challenges for cutters. Color zoning is where the gem displays uneven color in certain areas. The consistency of the color is a key characteristic to the most valuable sapphires, and a premium polished gem is a true testament to the marvels of nature perfected by the skills of modern man. From a midnight sky to the first hint of blue after a morning sunrise, the ‘gem of the heavens’ is ultimately incomparable.

» Browse our collection of sapphire jewelry

» Read about the legends and lore behind the rich and radiant emerald.

» Learn simple guidelines for choosing your own statement piece