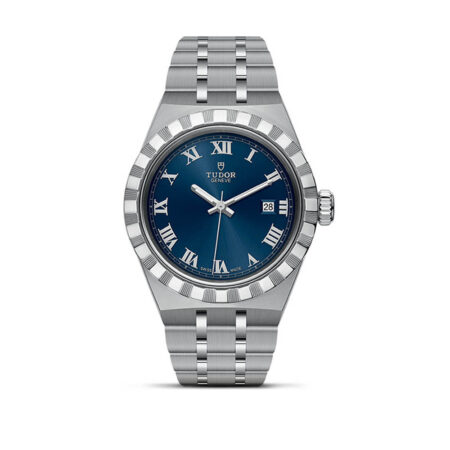 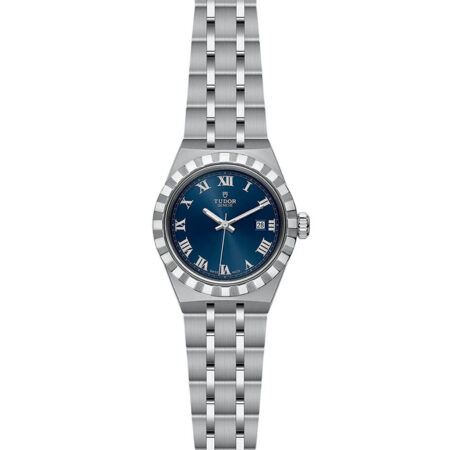 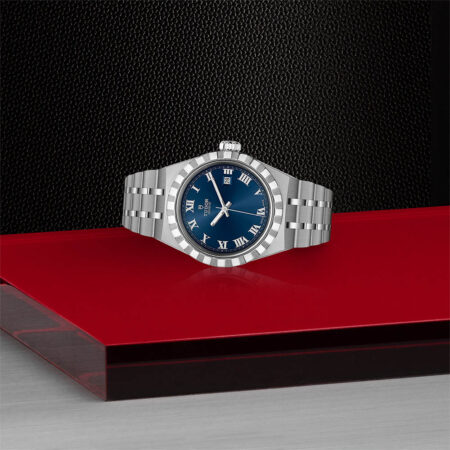 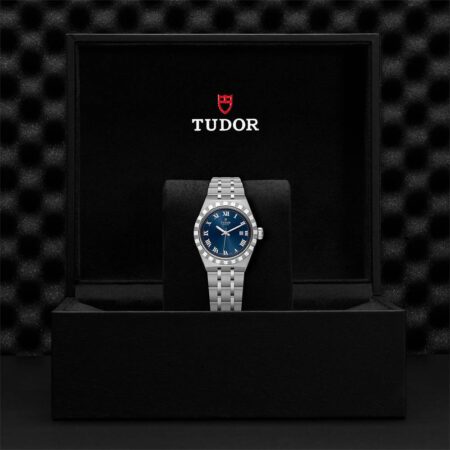 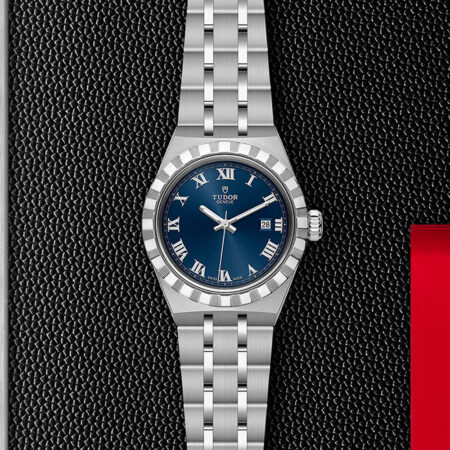 The TUDOR Royal is the ultimate in balance, elegance and versatility. The characteristic notched bezel, with its alternating surface polish and cut grooves, is just one of the design details that gives the Royal its unique personality. With its integrated bracelet, notched bezel and automatic movement, the TUDOR Royal collection is the epitome of versatile sport-chic. This version showcases a 28mm steel case and is powered by the Caliber T201 self-winding mechanical movement. As a final touch of chic, TUDOR has added Roman numeral applique hour markers to its TUDOR Royal watches. All the dials offer these appliques, which can be replaced by eight diamond hour markers.