TUDOR’s heritage of diving watches began with the launch of the TUDOR Submariner Reference 7922 in 1954. This iconic timepiece laid the foundation for an ideal diver’s watch—one that was ergonomic, legible and accurate. Over the next sixty years, TUDOR made constant improvements to their dive watches. Each model gained unanimous approval from professionals in the field, including the Marine Nationale and the United States Navy. In recent years, some of the most important references in TUDOR’s history have been reworked within the Heritage line. At Baselworld 2012, TUDOR released the Heritage Black Bay in red; a modern, reimagined version of the iconic TUDOR Submariner. Far from simply being an identical re-release of a classic watch, the Heritage Black Bay was the culmination of the very best elements from TUDOR’s historic dive watch models. The general lines, domed crystal and dial on the Heritage Black Bay were inspired by the first TUDOR diving watches. It features snowflake hands from TUDOR watches used by the French National Navy in the 1970s and an oversized winding crown (known as “big crown”) that pays homage to the famous TUDOR Reference 7924 of 1958. This release of the original Heritage Black Bay was extremely well received and earned attention from the media and watch lovers alike. The Black Bay was awarded the “Revival Prize” at the 2013 Grand Prix d’Horlogerie de Genève (often referred to as “The Oscars” of watchmaking). 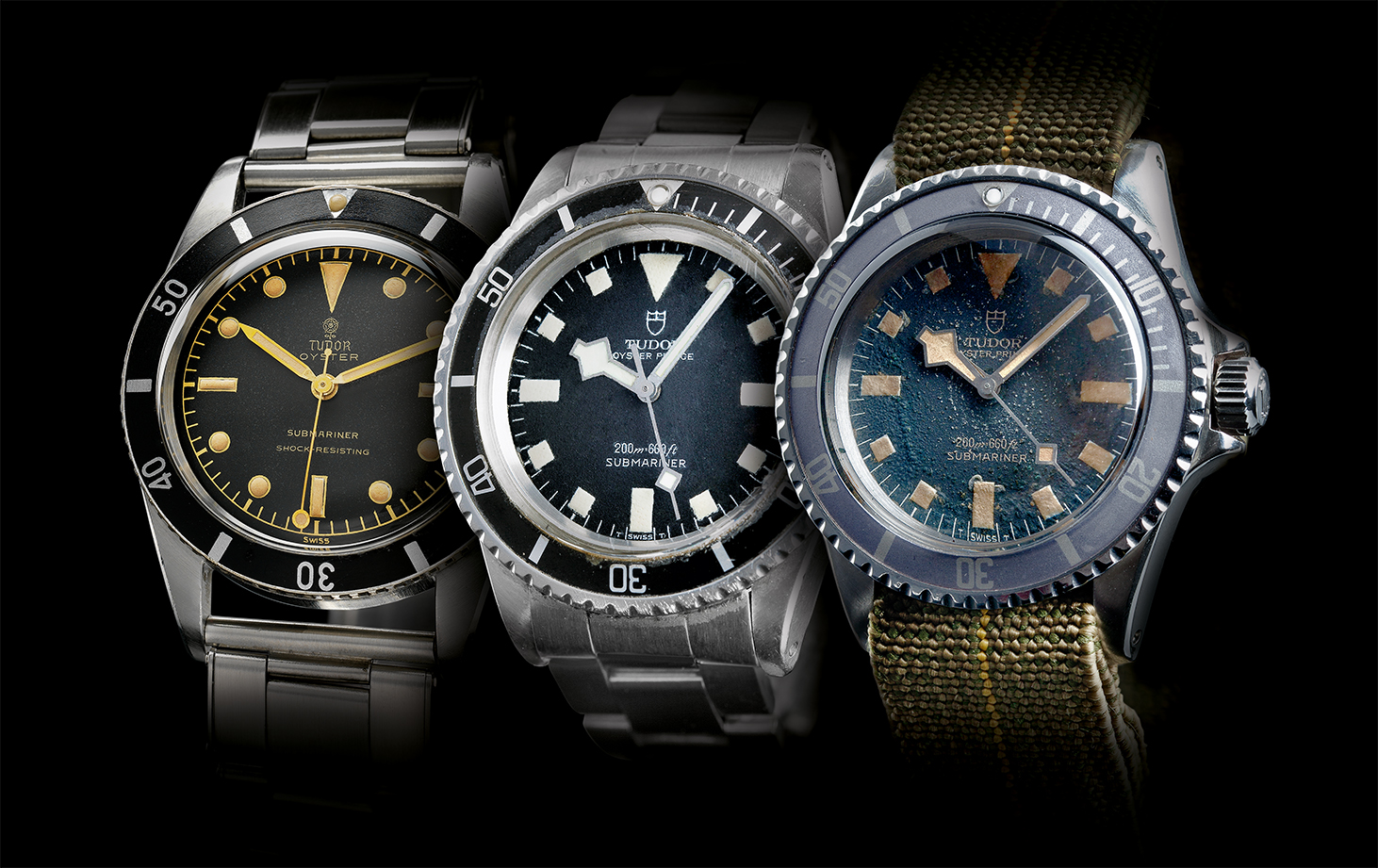 Distilling 60 years of TUDOR’s history into one incredible watch, the Heritage Black Bay is infused with some of the most iconic elements from TUDOR’s early dive watches.

The Heritage Black Bay Burgundy, Blue and Black are available in a variety of strap options or a bracelet.

A completely new look for this line is the Heritage Black Bay Dark. This timepiece also features TUDOR’s MT5602 movement but its 41mm steel case is finished with a black PVD-treated coating. Directly derived from the thin film technology originally developed by NASA for its space programs, physical vapor deposition (PVD) enables inorganic materials to be bonded with metals. The Heritage Black Bay Dark has an entirely satin finish, reminiscent of military utility equipment. 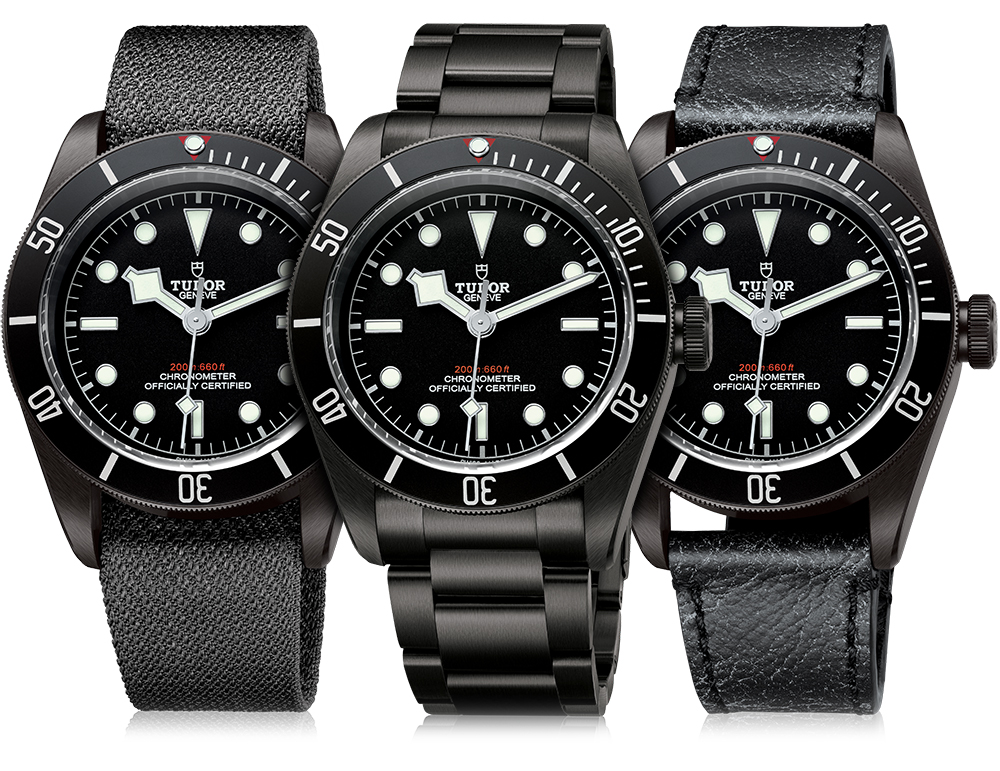 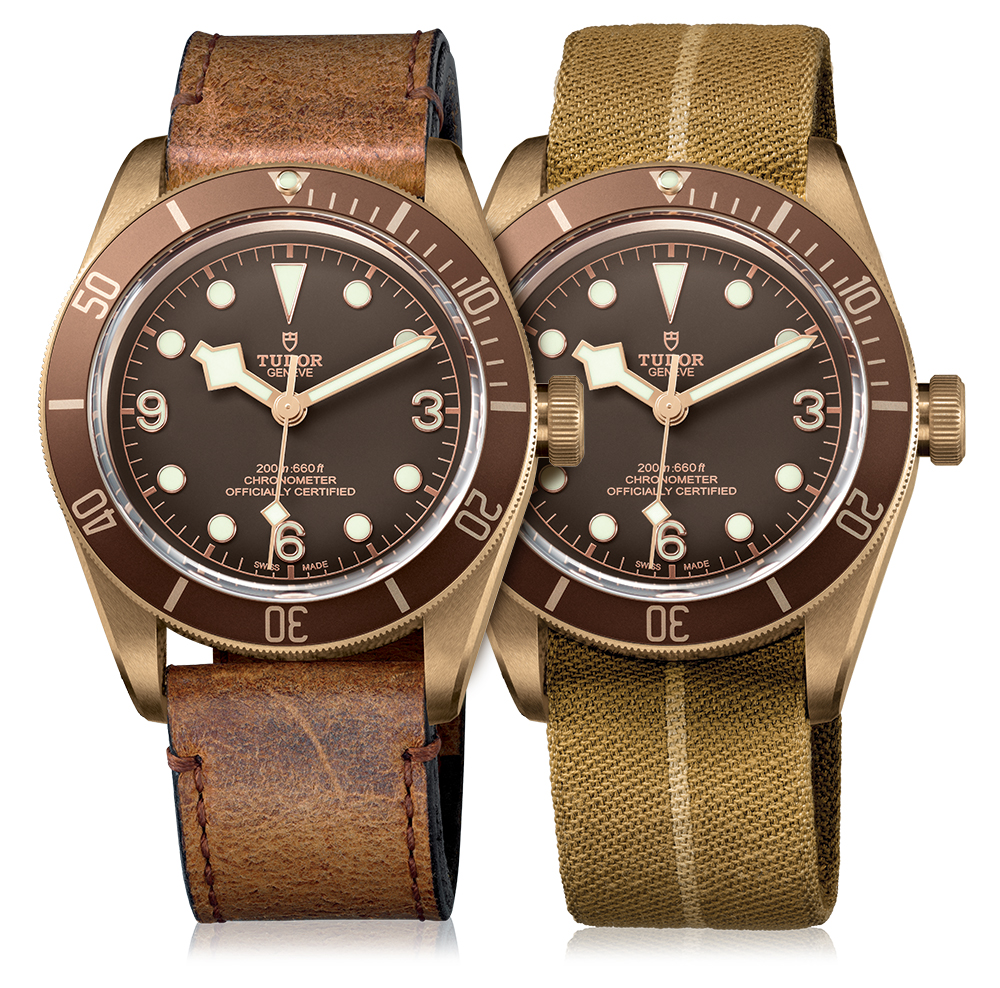 TUDOR’s rich diving history has been distilled into these timepieces, paying homage to TUDOR dive watches of yesteryear. The Heritage Black Bay, however, is clearly not a tribute to any one particular dive watch but rather the culmination of 60 years of excellence rolled into one iconic watch.

» Wixon Jewelers is an authorized dealer of TUDOR Watches

» Read about the birth of the TUDOR brand