The GMT-Master was one of Rolex’s most revolutionary watches when it initially launched in 1954. It became the first wristwatch allowing the wearer to tell the time in multiple time zones at the same time. Thirty years after its initial release, Rolex revamped the line with the introduction of the GMT-Master II.

Originally released in 1983, the Ref. 16760 was the first Rolex GMT-Master II, and it introduced a number of notable novelties – the red and black “Coke” bezel, an independent hour hand adjustment, and a thicker case which led to the “fat lady” nickname. This vintage GMT-Master II (Ref. 16760), dates to 1987 and it is in very good vintage condition.

The Ref. 16760 introduced a number of notable novelties including a sapphire crystal which replaced the plexiglass predecessor, and the introduction of a black and red colored “Coke” bezel instead of blue and red “Pepsi” bezel. The new model also featured a new movement with a quick-set hour hand that enabled the tracking of three time zones simultaneously as opposed to two.

The case design had to be much thicker to accommodate the new movement and it was complimented with more robust crown guards and a wider bezel. These larger proportions gave way to this model’s infamous nickname—the “Fat Lady”. 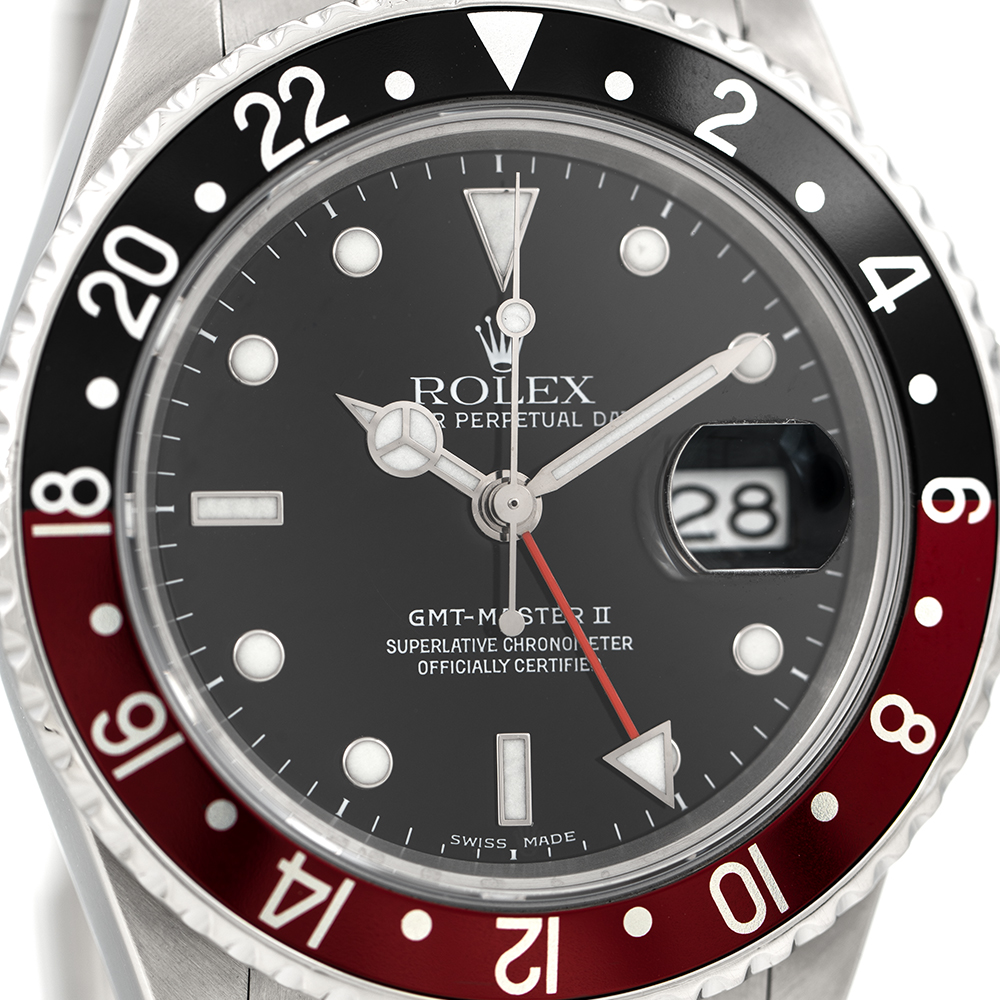 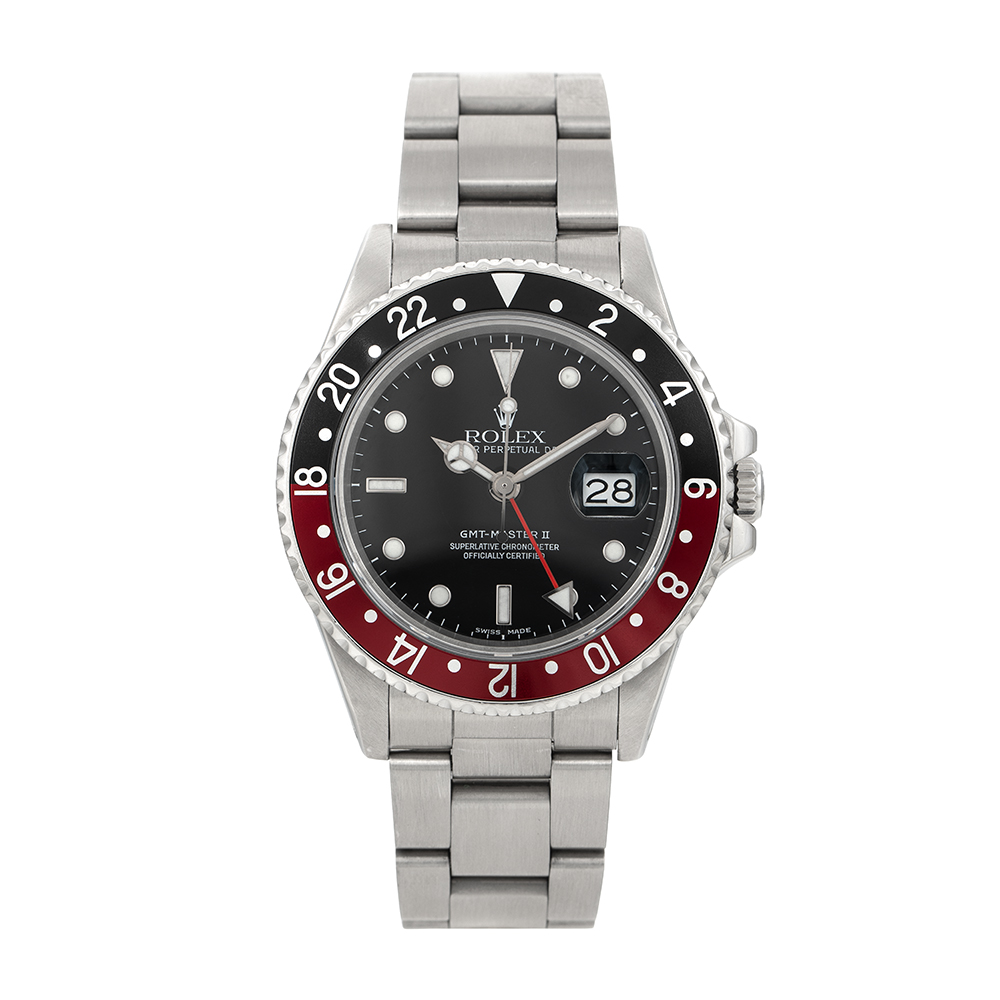