Developed for use by international pilots in the 1950’s, the Rolex GMT-Master has evolved into something far beyond a mere tool watch. It has been a staple of the collection since its introduction, and continues to be one of the most popular and collectible models on the market today. These watches have come a long way since the original Ref. 6542, which is evident in this model.

Thirty years after its initial release, Rolex revamped the line with the introduction of the GMT-Master II. Nicknamed the “Coke”, due to its red and black bezel, this GMT-Master II Ref. 16710 dates to 1996 and includes its original box, manuals, tag and certificate. We fully serviced the watch but chose not to refinish the possibly unpolished case and bracelet.

Developed in the 1950’s as a tool watch for airline pilots, the Rolex GMT-Master has evolved into an icon in the world of watchmaking. The Ref. 16710 was produced from 1989 until 2007 and represents the GMT-Master II’s transition into the 21st century.

Replacing its predecessor, the Ref. 16760 nicknamed the “Fat Lady”, these new models featured a new slimmer case design thanks to a thinner movement, the Caliber 3185. The Ref. 16710 was available with three different bezel configurations—a solid black bezel, a red and blue “Pepsi” bezel, or the red and black “Coke” bezel, which is seen on this example.

During its production, Rolex made several incremental changes to the 16710, including its luminous material. This particular model uses Tritium for the lume, as indicated by the “T>25” on the dial. These earlier Tritium dials will continue to develop a subtle patina and character as they age over time. 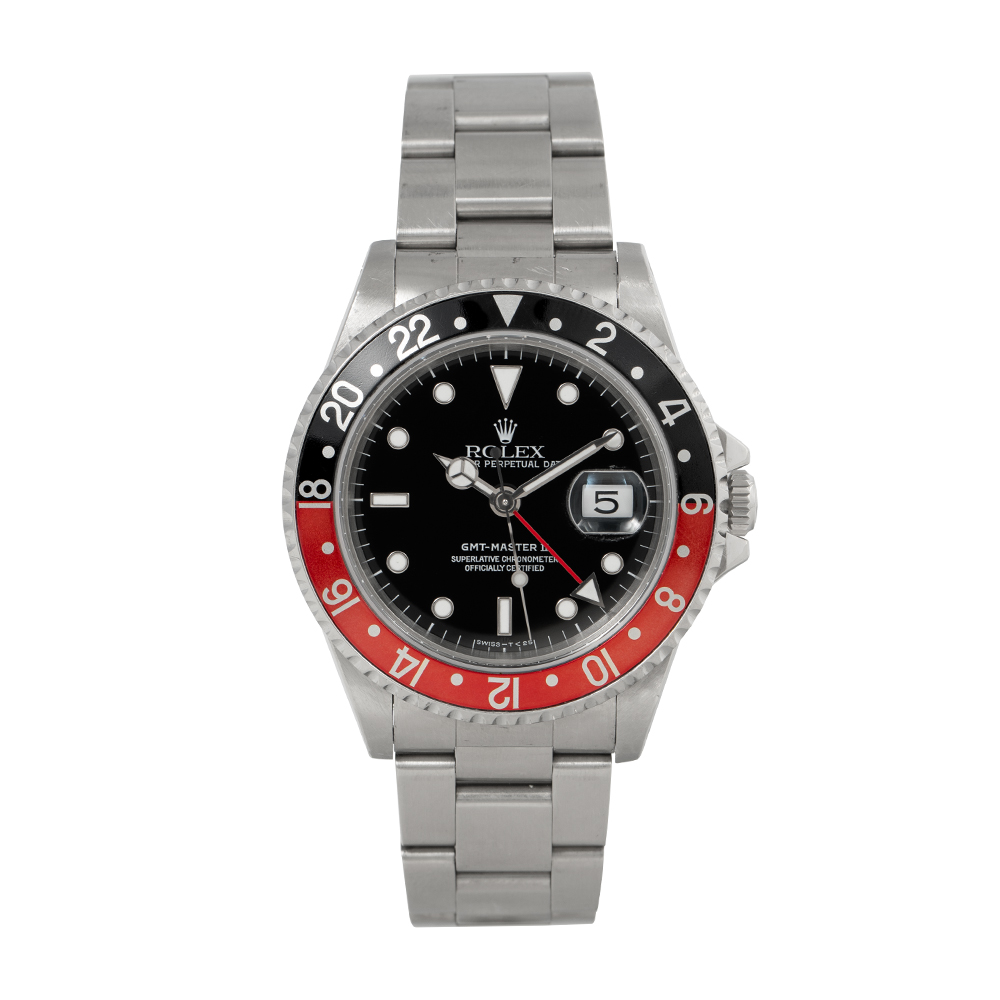 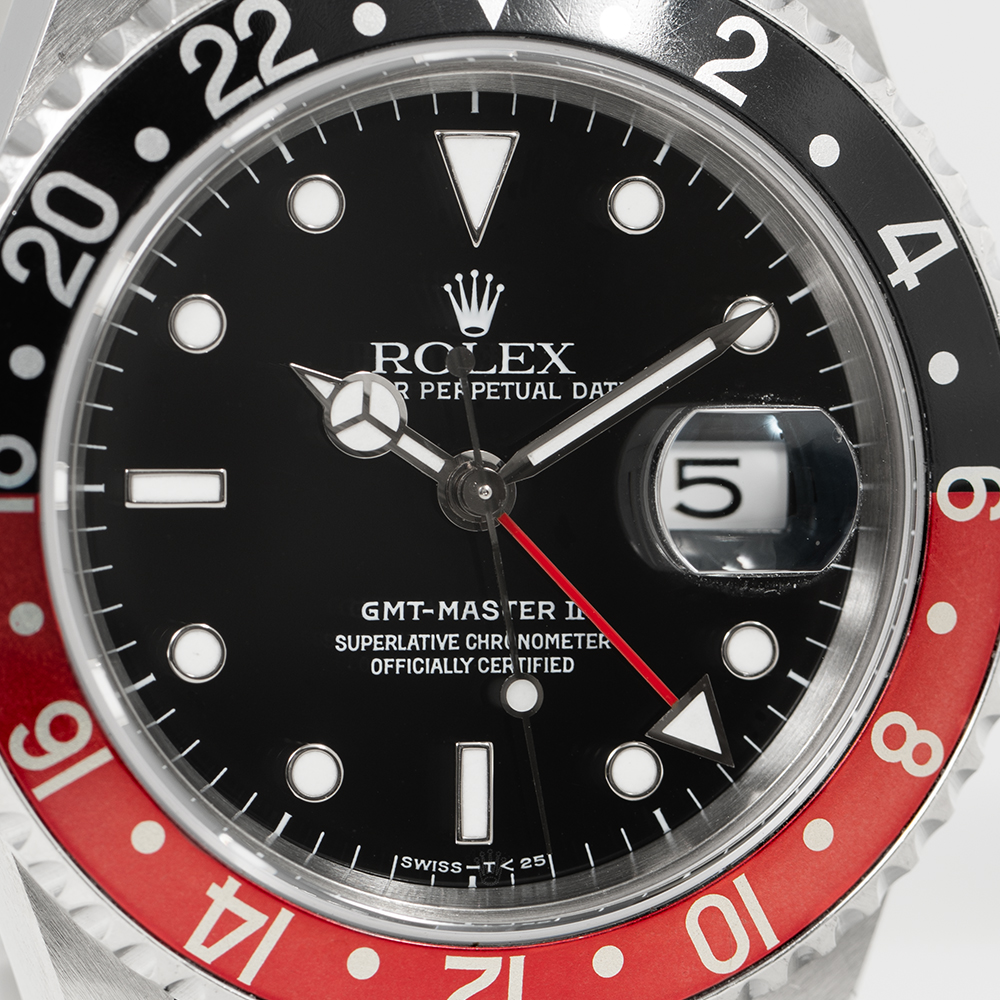 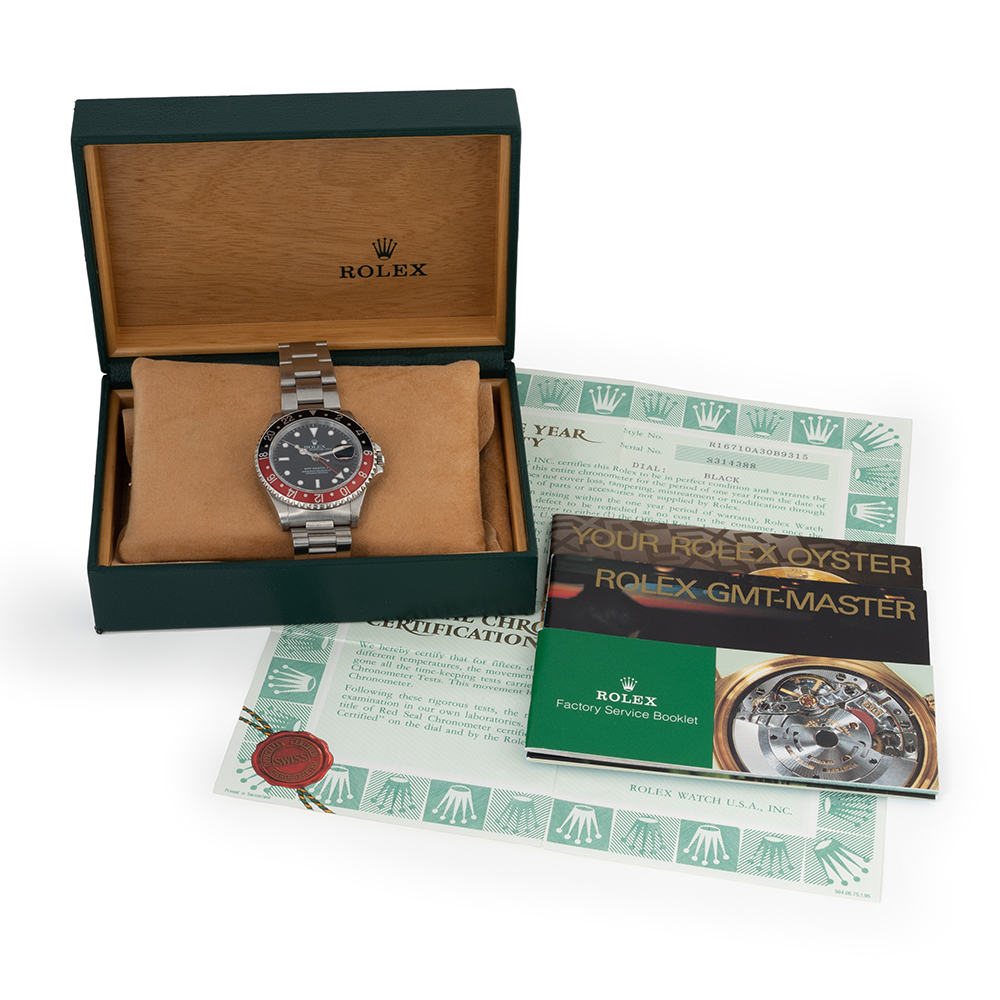