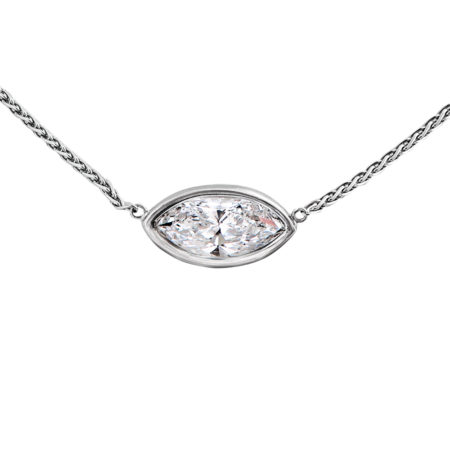 Set horizontally, the modern marquise is fierce and fashion forward! Featuring a 1.50-carat marquise shaped diamond, this platinum necklace is a new twist on the classic diamond pendant.