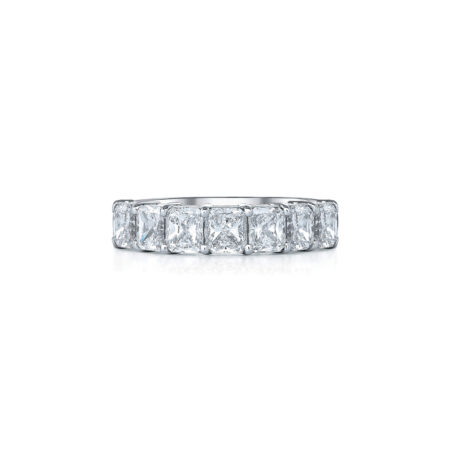 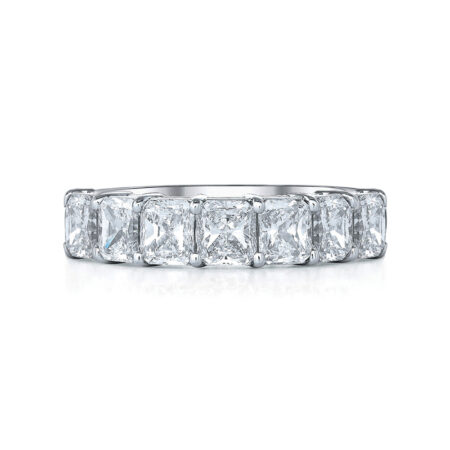 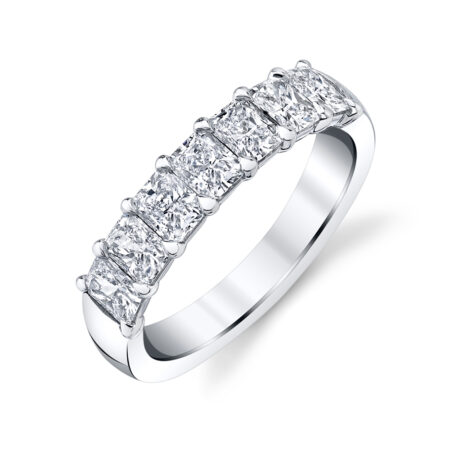 This diamond band style is classically irresistible. Seven hand-matched diamonds appear to drape across the finger in a low-profile and wearable buttercup style platinum band. This ring boasts 3.54 carats of diamonds that will sparkle and shine from across the room.