The Show Inside The Show

Encompassing over 1.6 million square feet of show space, Baselworld is the world’s largest watch and jewelry trade show. Held in Basel, Switzerland each March, the show draws over 1,500 companies from more than 45 countries. The owners of watch and jewelry brands, together with 4,000 members of the press congregate to discover what is new and exciting in the Swiss watch industry. It is estimated that a whopping 80% of global watch sales for the year ahead are generated at the show! The equivalent of the Super Bowl for the watch world, this eight-day extravaganza is no easy feat to assemble. Requiring six weeks of construction prior to the event, Baselworld is one of the largest construction projects in Switzerland every year. The massive undertaking requires an army of 20,000 workers in various professions from architects and designers to steel workers and lighting engineers. Approximately 7,000 lorry loads of equipment need to be delivered, so waiting areas are established on the outskirts of the city and lorries are called in by radio. A strict delivery schedule must be adhered to in order to ferry tens of thousands of tons of steel, wood, plastic, glass and cables into the center of Basel. The delivery is just the beginning of an arduous process of erecting extravagant exhibitor buildings in the five halls of the Baselworld complex before any of the 150,000 visitors can arrive.

In 2013, Baselworld opened a new complex designed by the internationally renowned architects of Herzog & de Meuron. When the new $440 million complex opened, most of the watch companies re-designed their booths. The importance of booths in Baselworld would be comparable to commercials during the Super Bowl. The brands spare no expense because it’s all about branding and buzz. 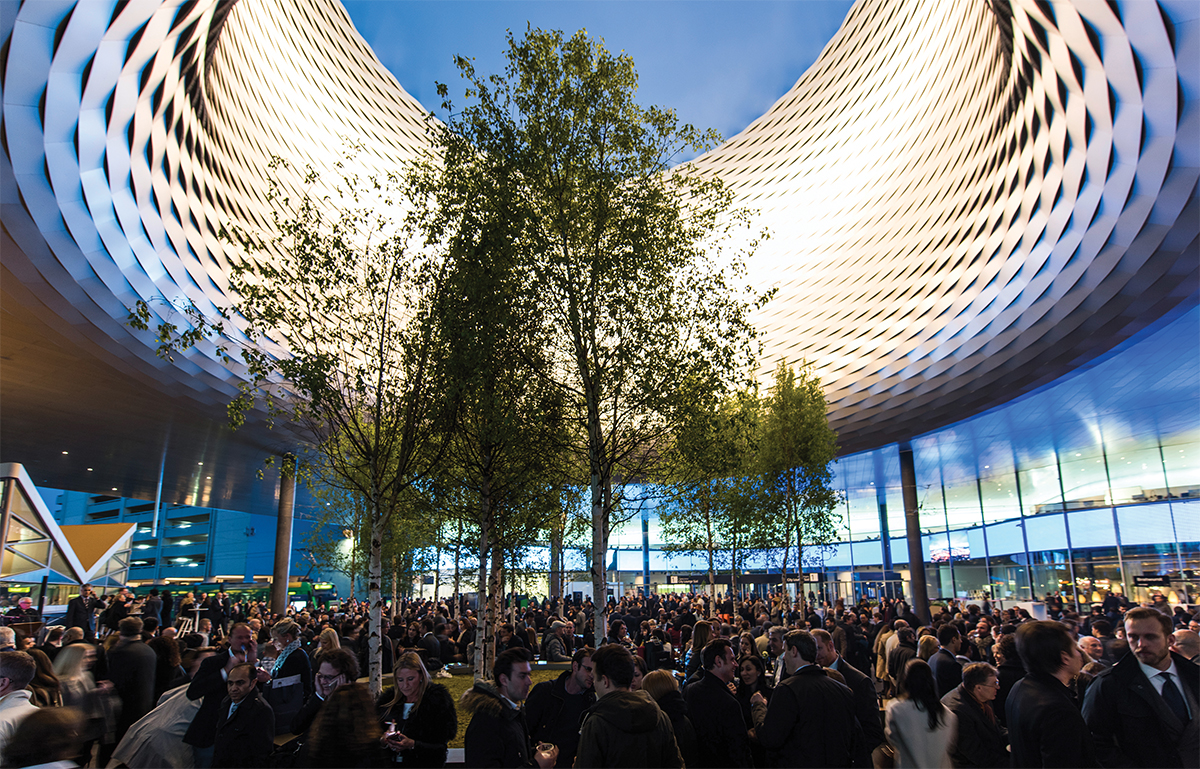 The entrance to the Baselworld plaza makes an impressive architectural statement. The Baselworld renovation was conceived and executed by Herzog & de Meuron, the visionary Swiss architecture firm behind the iconic Bird’s Nest in Beijing, home of the 2008 Olympics.

A Castle for the King

The redesign of Rolex’s booth took five years of planning and three years of construction. An additional level was added, which is now three stories and stands 29.5 feet tall. The Rolex booth spans across a footprint of 13,239 square feet, which is 40% larger than its predecessor. The beige exterior facades are finished with a seabed motif, suggesting the rippled sand of the seabed in relief. The display windows are set in green panels engraved with the wave motif and lit to give a transparent effect. The aesthetic characteristics evoke the aquatic world and, by extension, waterproofness, a domain in which Rolex excels as the inventor of the first waterproof wristwatch in 1926. The main part of the Rolex booth is clad in the brand’s favored beige and green colors. Overhead, a wide glass-sided walkway bridges each section of the upper levels, which are accessed by a majestic staircase. 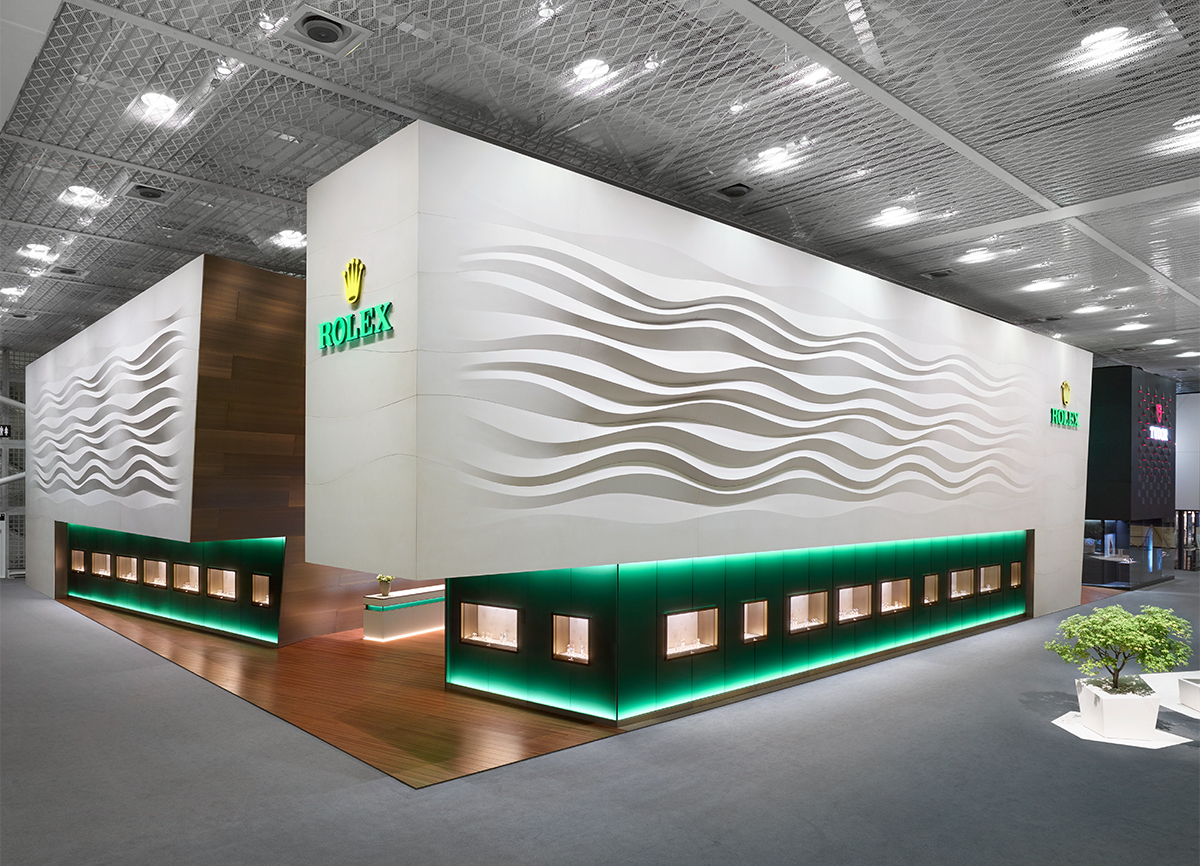 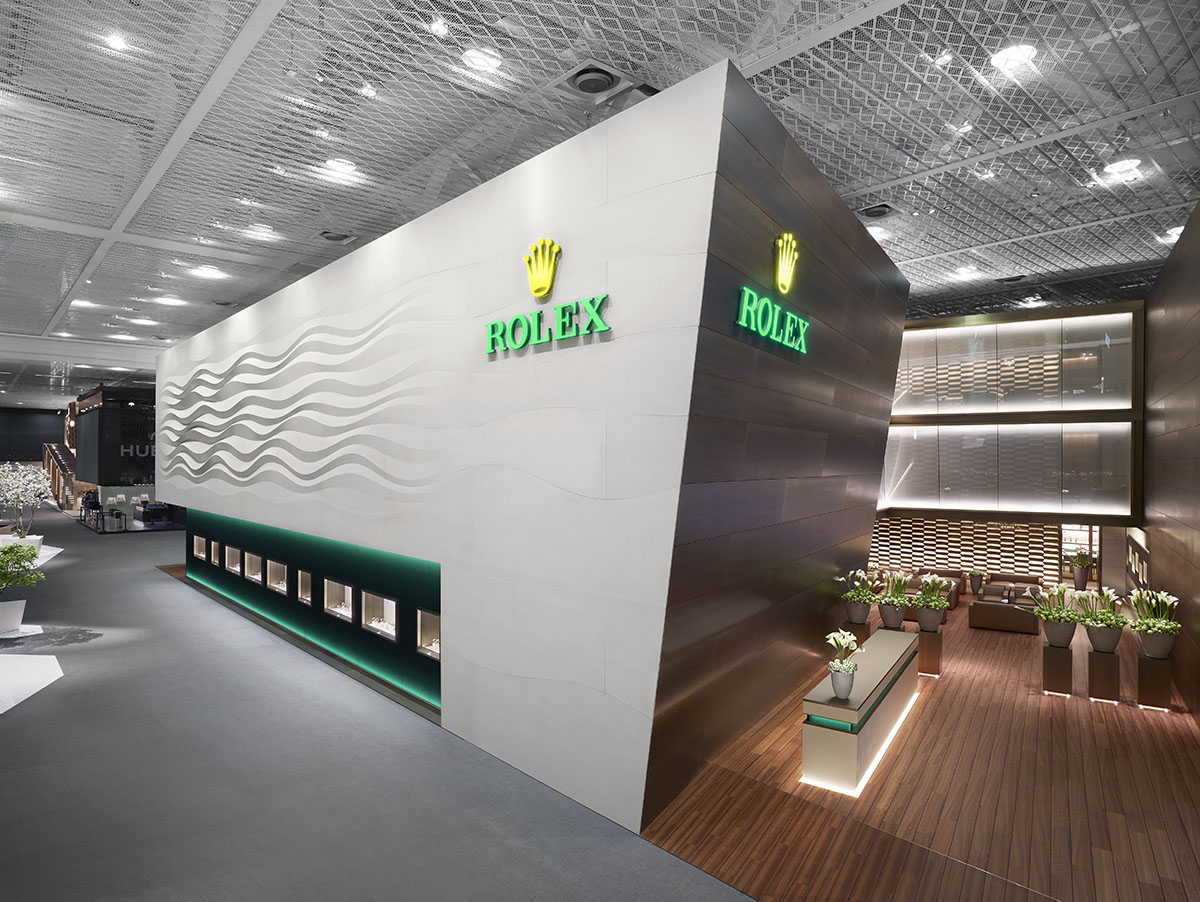 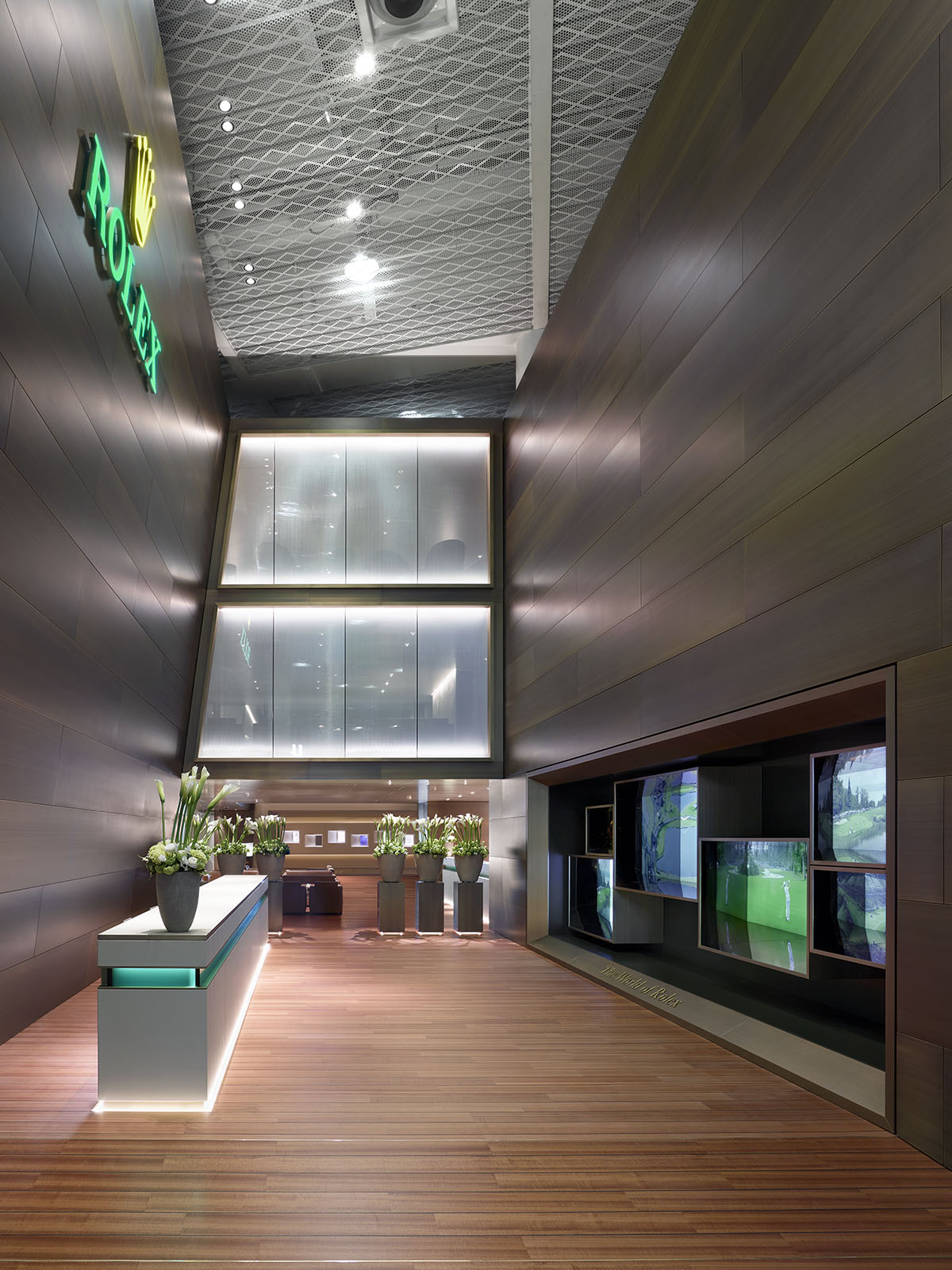 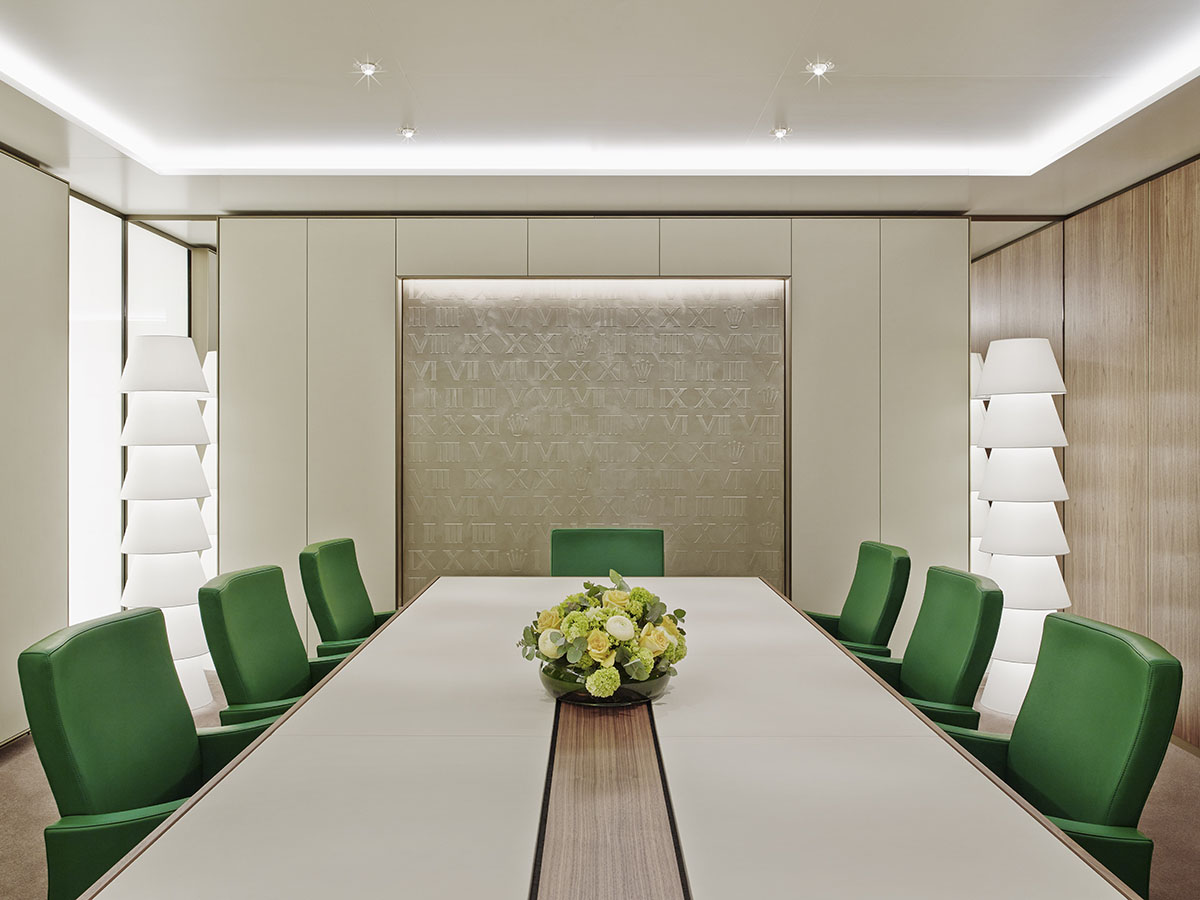 In 2014, Patek Philippe revealed a new glass pavilion, which serves two important purposes: as an outward window providing visitors with a look at the new watches on display, and as a protective shield for the serious business being conducted inside. With the addition of a third level, the total usable area increased more than 50%, from 10,000 to 16,000 square feet. The enlarged booth accommodates 16 outward-facing showcases with room for 191 watches and 50 calibers, 12 sales rooms, three press rooms, three conference rooms (one large enough to seat 50 people!), three kitchens, a bar, a restaurant for the staff, offices, plus technical and storage space. As for the cost for the exhibiting brands, it is reckoned that the largest booths at the show—which are three or four stories tall—can cost in excess of $11.4 million for the structure alone. This doesn’t account for the average rent of $500,000 and countless other expenses. It’s expensive for any brand to be there, but even more costly if they’re not! Baselworld continues to delight and excite visitors for eight days and then it’s all torn down and sent to storage for 44 weeks. As the largest event of its kind anywhere in the world, Baselworld leaves little doubt who the Super Bowl stars of the watch world are. 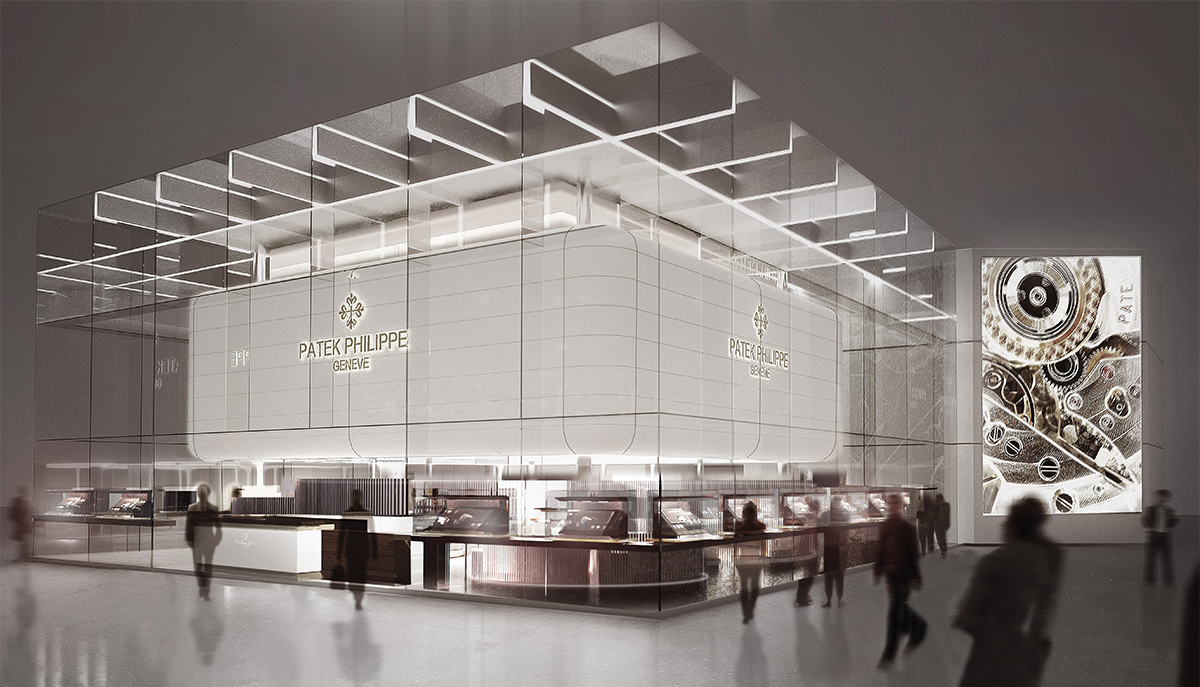 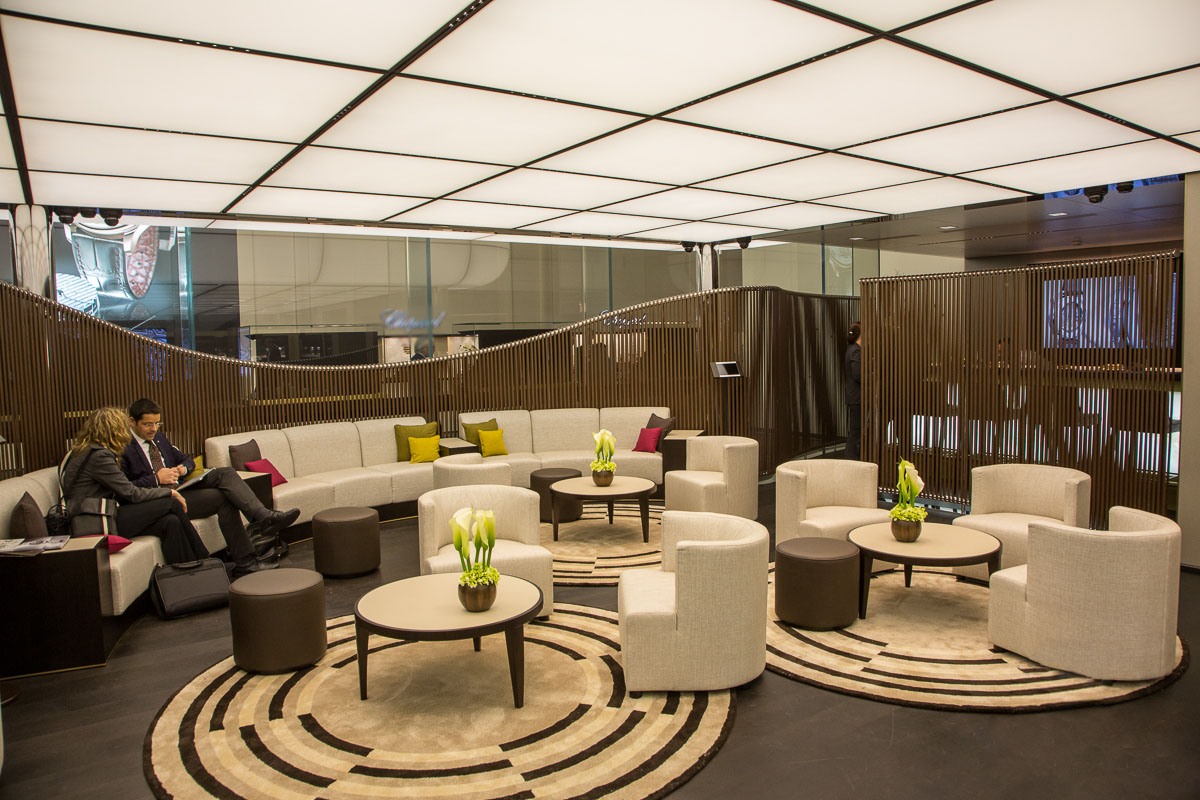 The Hermes booth comprises 624 interlocking wooden slats of various curvatures that form a shell around a second structure crafted in wood, glass and metal. Between the two layers, 167 plants provide fresh air and a green corridor that add to the welcoming feel. 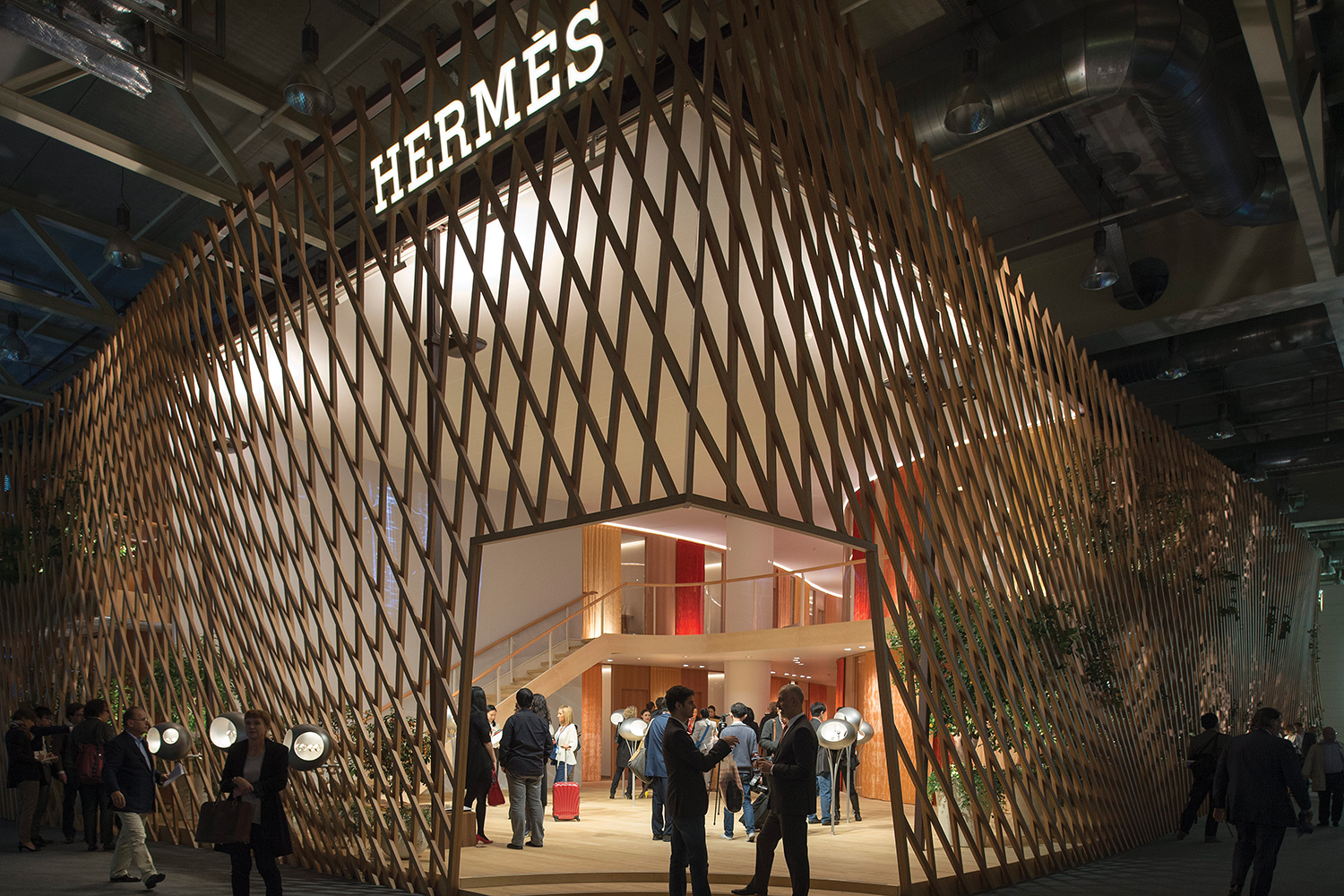 Bulgari’s new booth was constructed in the theme of their most emblematic symbol since the 1940s, the serpent. At 269 feet long, the bronze snake-like structure winds its way up the building. The upward winding reflects the walkway inside, leading from one level to the next of the three-storied booth. The motif of the serpent façade was inspired by another signature of the brand, the Tubogas chain. This chain link style was used by Bulgari since the 1970’s and is often referred to as the “Bulgari chain.” 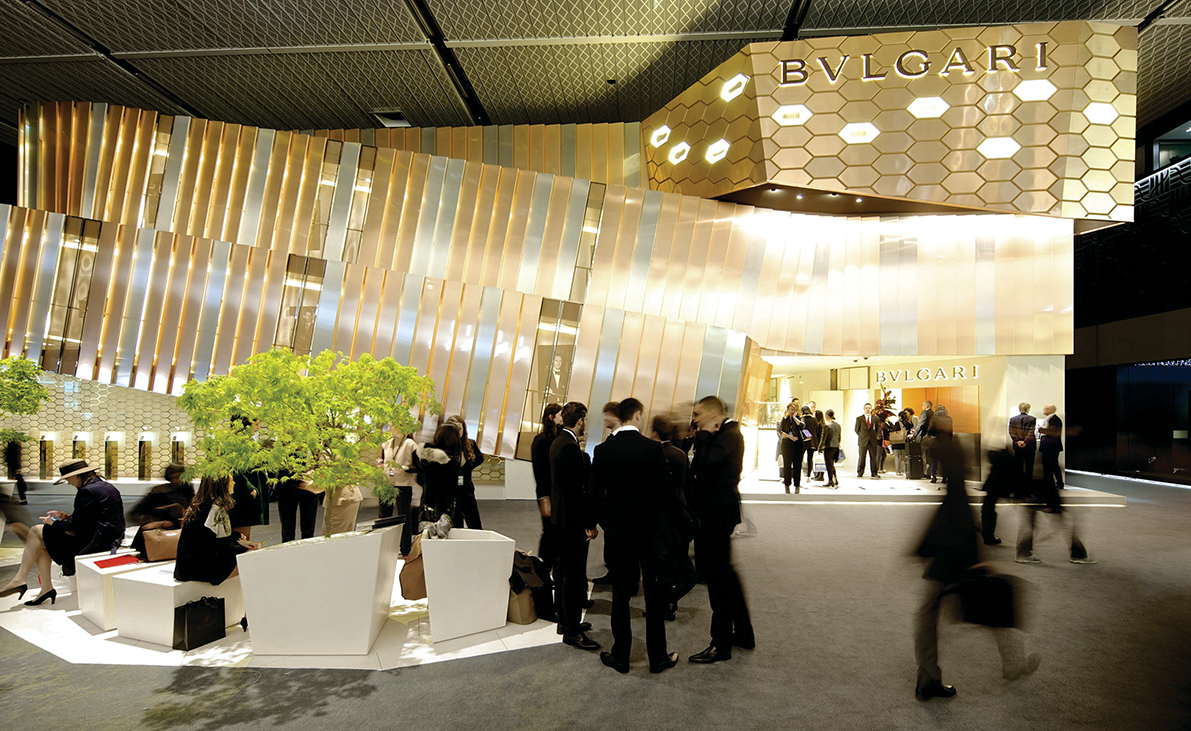 After a whirlwind eight days, no trace is left behind as the exhibits are deconstructed and the now quiet hall awaits the next event… 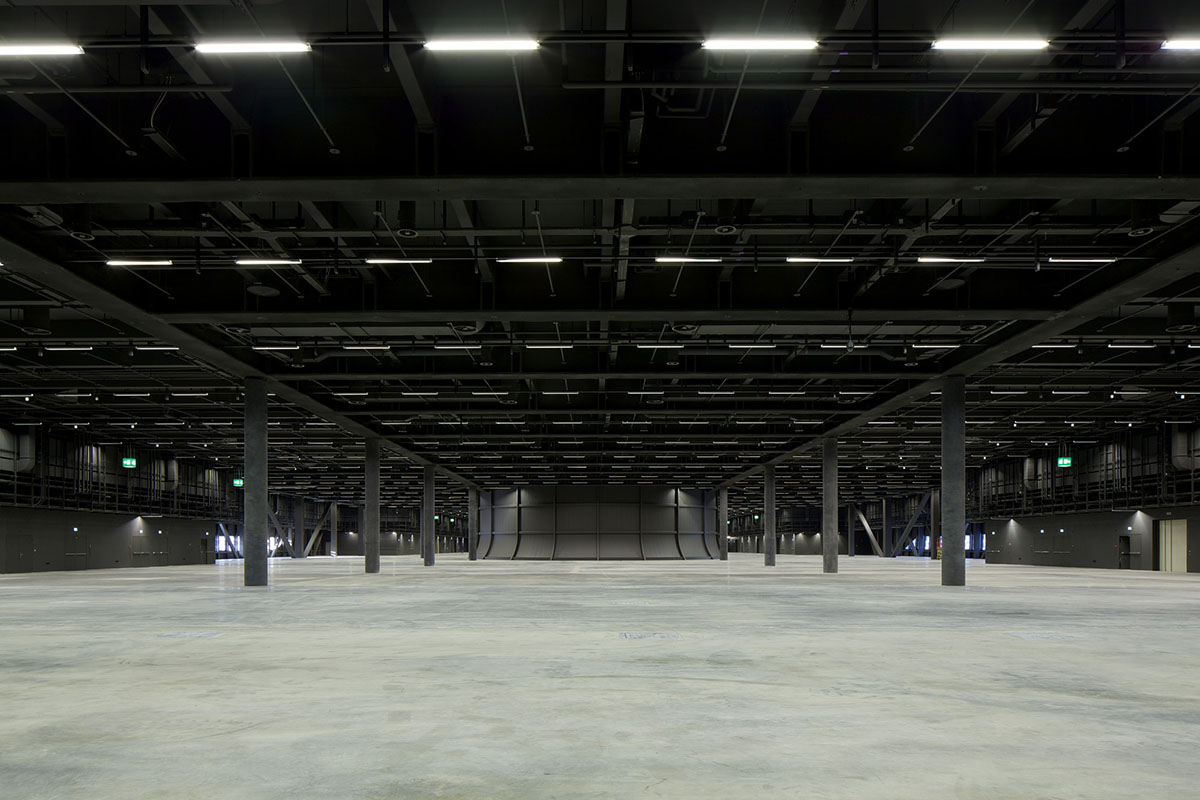