Introduced in 1971, the Ref. 1655 was Rolex’s first version of the Explorer II. It’s one of our favorite vintage Rolexes, and it really stands out from its peers with its funky 70’s dial design. Developed with arctic and cave explorers in mind, the Explorer II featured a fixed 24-hour bezel and 24-hour hand to indicate AM or PM which was particularly helpful when exploring locations without a view of the sun.

Compared to its more well-known stablemates like the Submariner and GMT-Master, relatively few were sold during their original run. These were specialized watches with a particular look, so not as many were sold, which has contributed to the rarity and collectability of these watches today.

The Explorer II was debuted by Rolex in 1971 with the release of the Reference 1655. Designed for scientists and explorers working in areas without a view of the sun, the Explorer II featured a fixed 24-hour bezel and a 24-hour hand to indicate AM or PM. In addition to the iconic orange 24-hour hand, the unique dial design featured split-track markers and angular hands that were designed for maximum legibility in low light conditions.

Given the small target market and its unusual design, the Ref. 1655 was not a very popular model when it was first introduced. Compared to the Submariner and GMT-Master, relatively few Explorer II’s were sold, which has contributed to the rarity and value of these watches today.

Dating to 1971, this vintage example is among the first Explorer II’s produced. The “Mark 1” dial is in great condition with a beautiful patina across the hands and the dial. 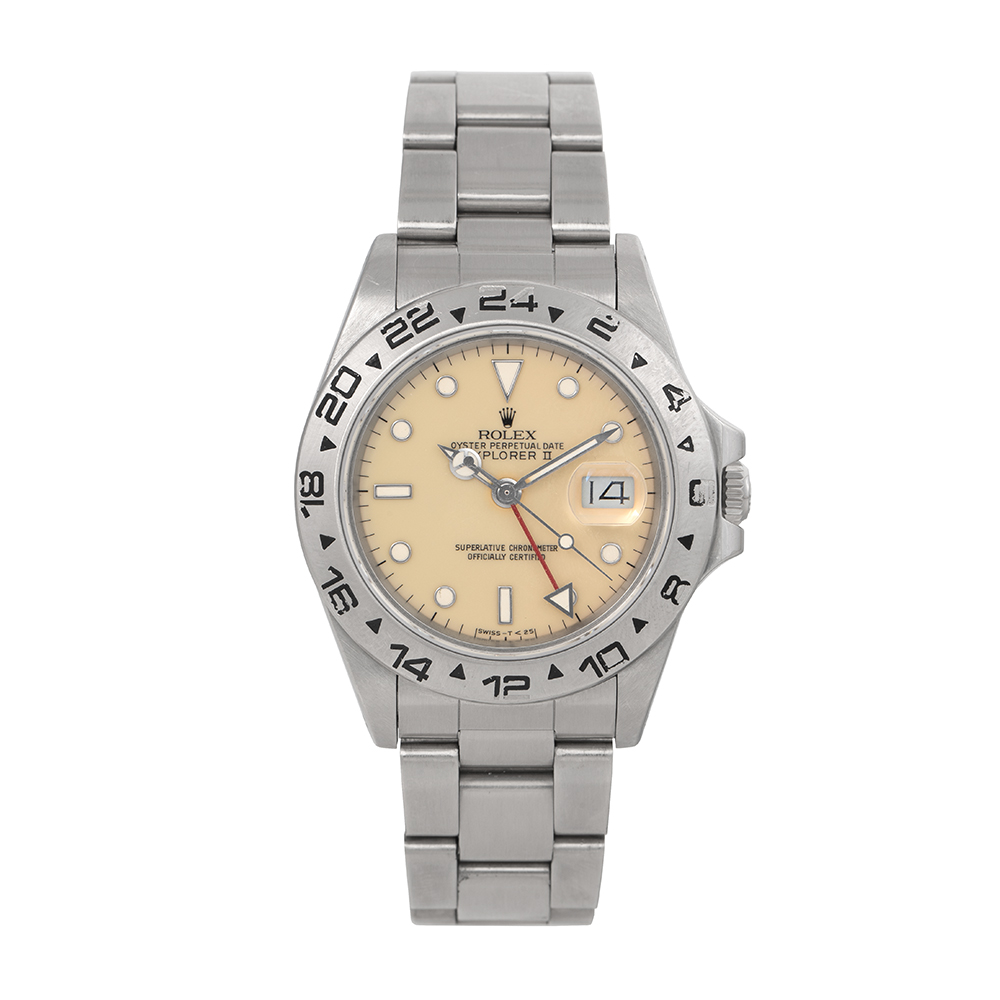 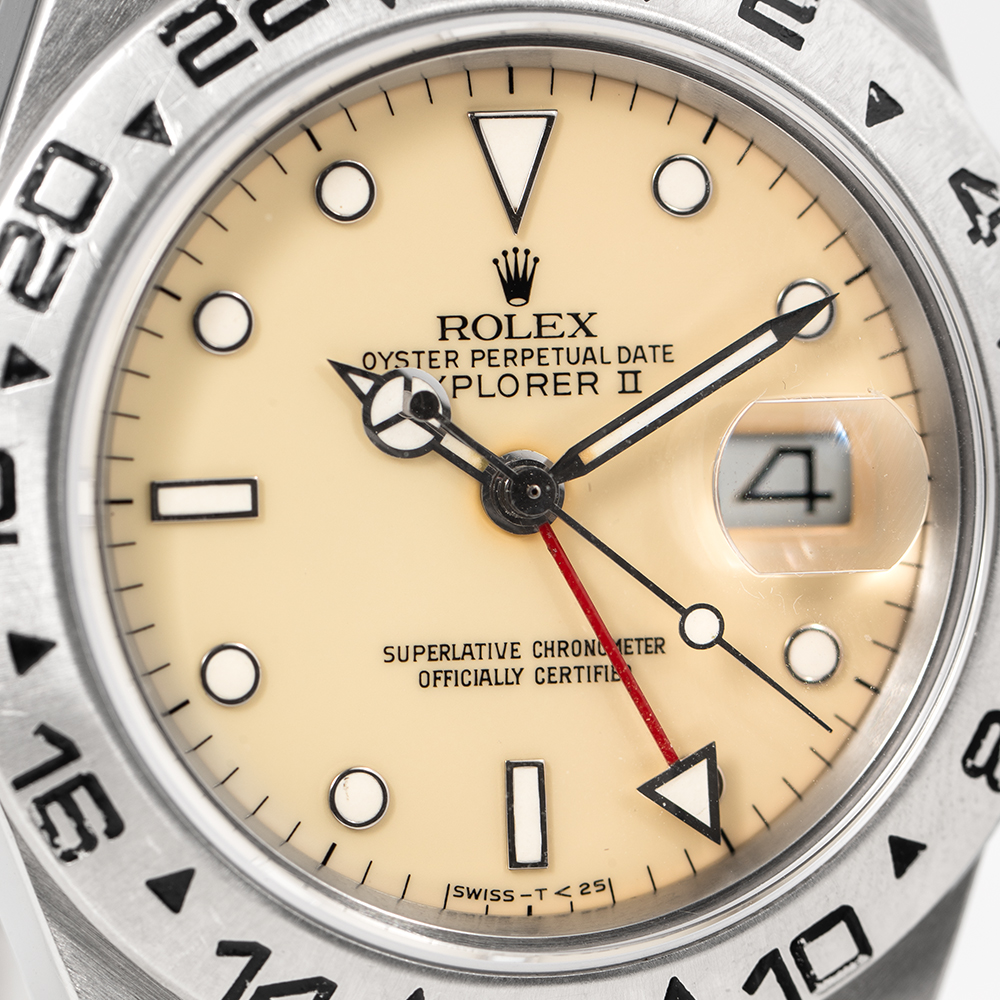 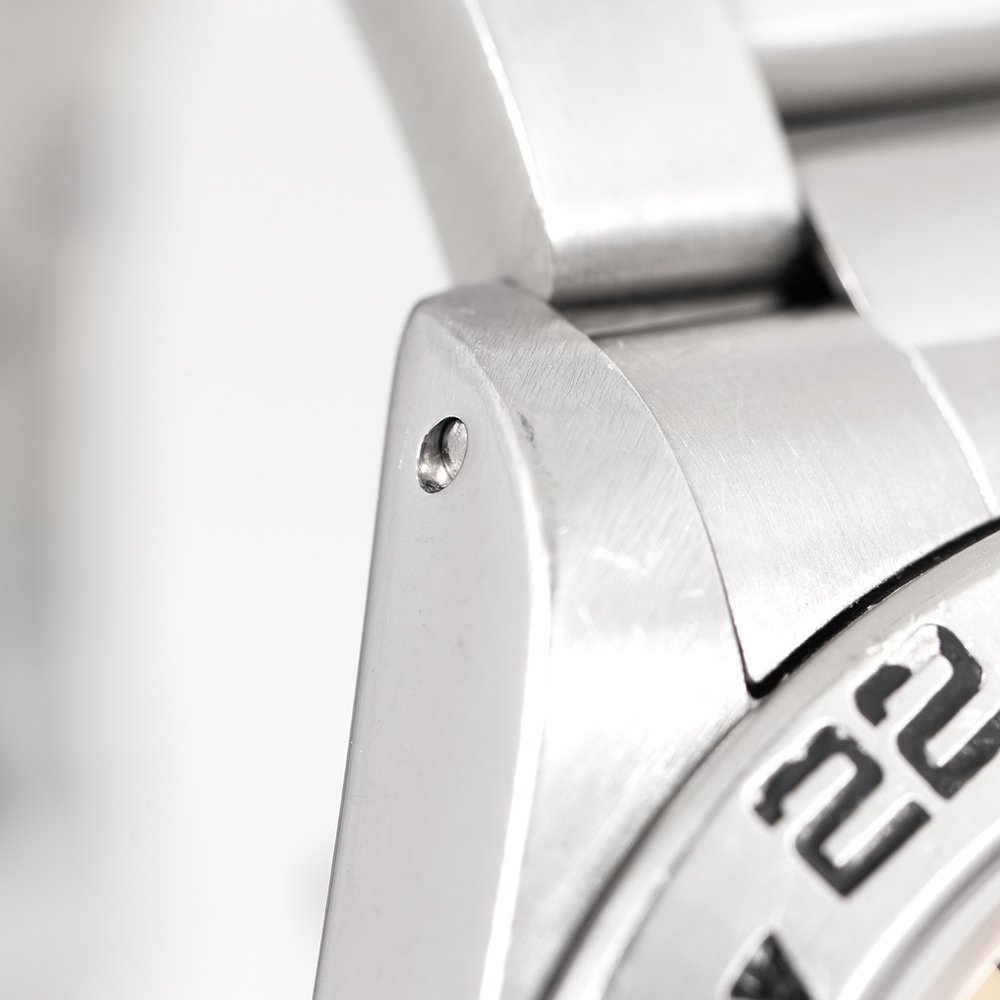