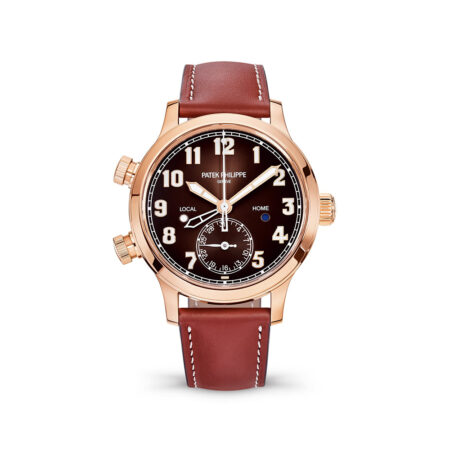 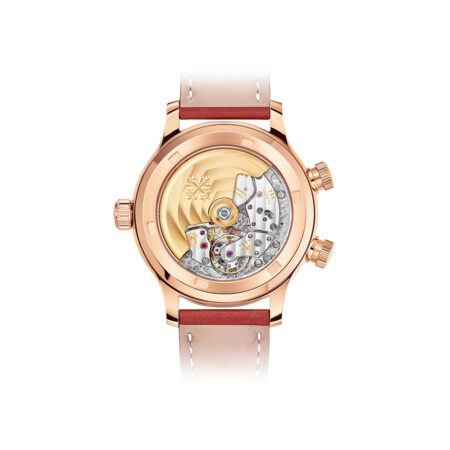 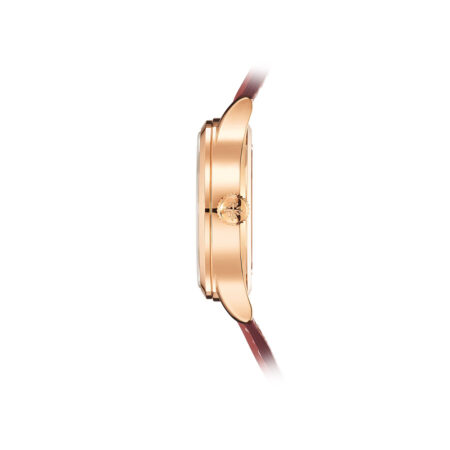 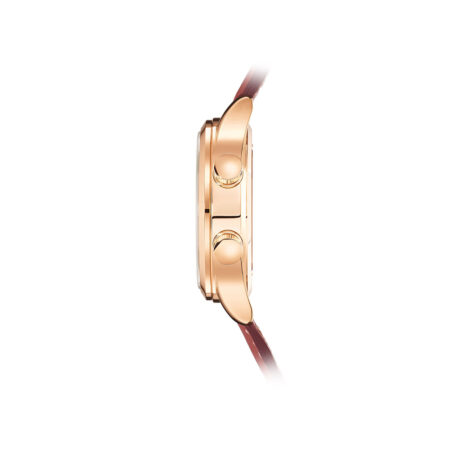 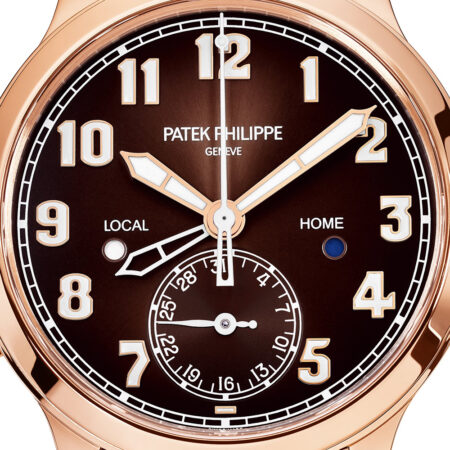 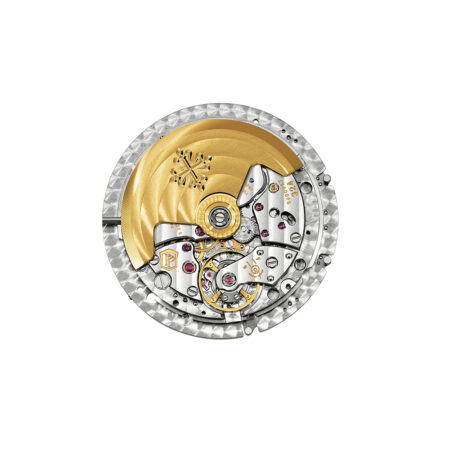 The Ref. 7234R is an interpretation of the Calatrava Pilot Travel Time, which in 2015 was launched as a larger-sized men’s wristwatch. The inspiration behind the Calatrava Pilot Travel Time came from the pilot and military watches created in the 1930s, in the years leading up to World War II. As Patek Philippe’s first self-winding Travel Time model specifically designed for women, the Ref. 7234R was created to appeal to the taste for smaller-style watches and fit smaller, feminine wrists. Along with its dashing aeronautical style, this model incorporates a second-time zone display, notable for its ease of use.