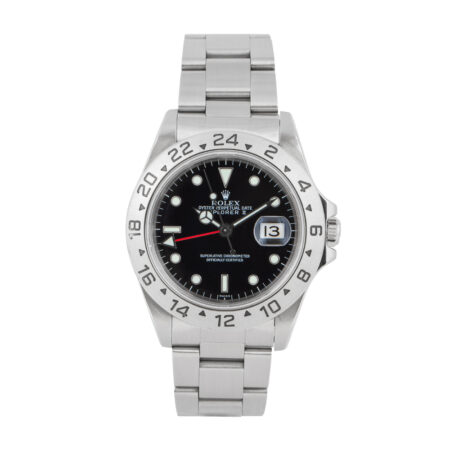 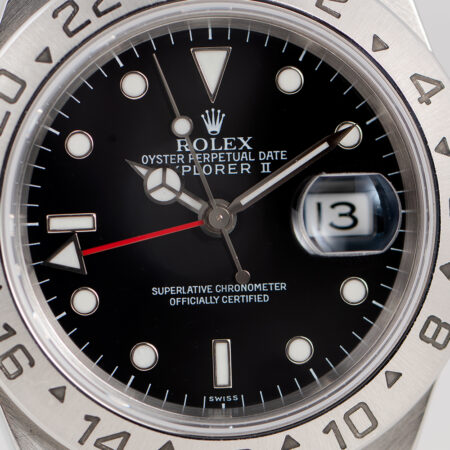 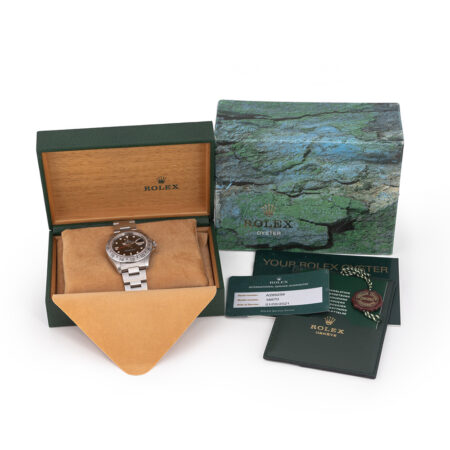 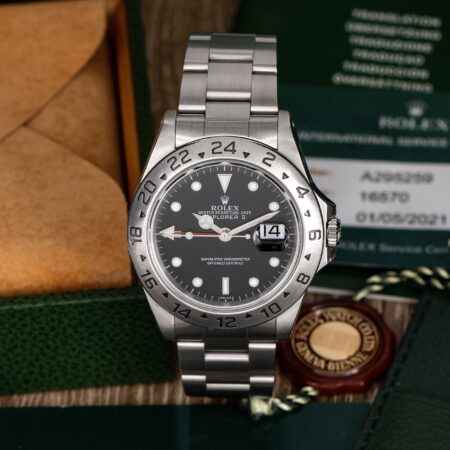 Originally designed for arctic and cave explorers in the 1970s, the Rolex Explorer II included a fixed 24-hour bezel and GMT hand that helped distinguish between night and day in extreme environments. The addition of a jumping hour function in the 1980’s expanded the versatility of the model by giving its wearer the option to track two separate time zones. This pre-owned Explorer II (Ref. 16570) dating to 1999 was just fully serviced by Rolex in January of 2021 and includes its original boxes, manuals, tags and Service Certificate.