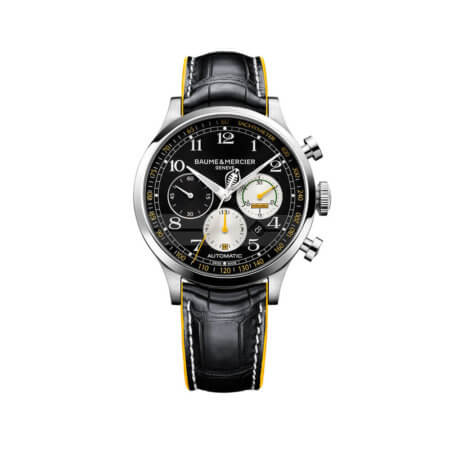 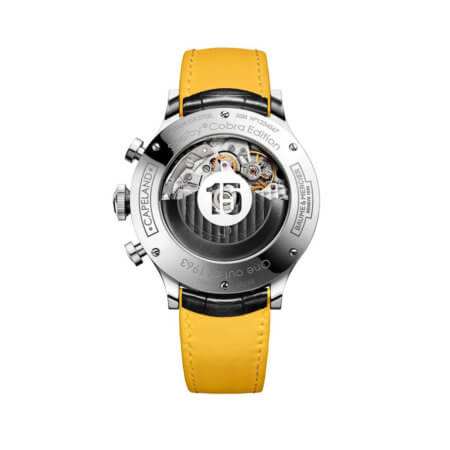 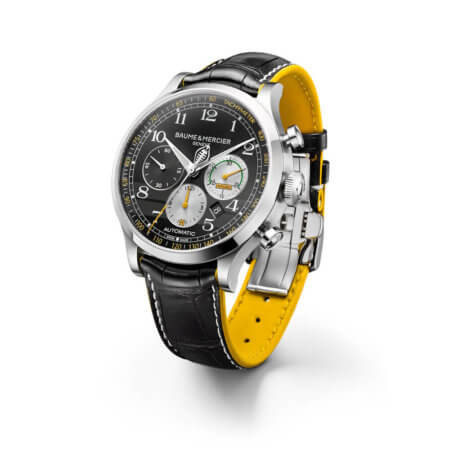 Honoring the spirit of Carroll Shelby, Baume & Mercier released a series of limited edition chronographs inspired by the Shelby Cobra CSX2128. The 44mm polished and satin-finished case was designed to mirror the flared style of the Cobra’s aerodynamic body lines. At the heart of the Capeland Shelby Cobra is a Swiss-made automatic movement with chronograph and tachymeter functions. Recognizing the year of the Cobra’s first victory at the American championship, this emblematic timepiece is created in a limited production of 1,963 pieces. As a final tribute, the sapphire crystal caseback is inscribed with the number 15, the Cobra 289’s race number.