Why wish upon a rainbow when you can wear it?

In what other gem can you find the crimson fire of a ruby, the Caribbean blue of a Paraiba and the jungle green of an emerald? Opals are a kaleidoscope of color, a painter’s muse, a prismatic explosion of the world’s finest hues. The allure of the gem is impossible to resist, especially for those just discovering its beauty for the first time. Opal, in its finest form, has a spell-binding power that has ensured its place in history. It has adorned the crowns of kings, inspired famous scholars and captured the attention of the finest jewelry houses since the late 1800s. The rarest and most prized is the elusive black opal. Black opals aren’t actually black, rather quite far from it. The term black, in relation to opal, derives from the back of the opal which is often dark gray in color. In the finest black opals, the dark backdrop creates the perfect contrast to striking shades of variegated colors, making it the most prismatic of all gemstones.

The value of black opals are determined by several key factors, each impacting the color and overall beauty of the gemstone.

Brilliance: The degree of brightness in the color is of the utmost importance. An opal can display the rarest colors but if they aren’t bright and brilliant then the value isn’t as significant.

Body Tone: The degree of darkness to the opal’s body color also impacts its value. The darker the backdrop, the more dramatic the color contrast.

Pattern: The pattern of the displayed colors can vary opal to opal, with the most recognizable patterns being broad flash, block and pinfire.

Color: The colors the opal display’s aid in its rarity, with the rarest color being red.

Thickness and Shape: The primary shape for opals is oval, although pear and free-form shapes are also quite common. The gemcutter’s sole focus is to maximize the rough opal and beautifully showcase the gem’s pattern. Thin slivers of opal aren’t nearly as rare as an opal with a perfectly pitched dome. 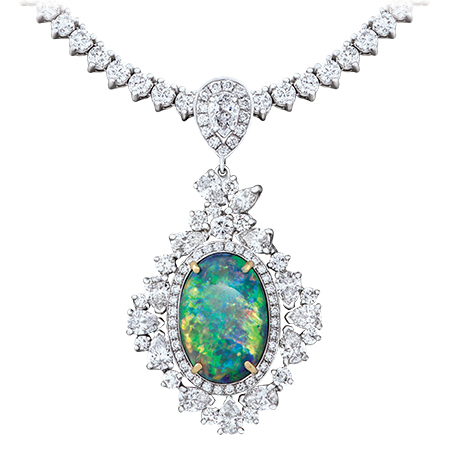 Opals are found in only a handful of locations, as the formation process requires very special circumstances. They are comprised of minute uniform spheres of silica and found in sedimentary rock dated back to 115 million years old. The arrangement and size of the spheres is what produces an opal’s stunning pattern of colors. 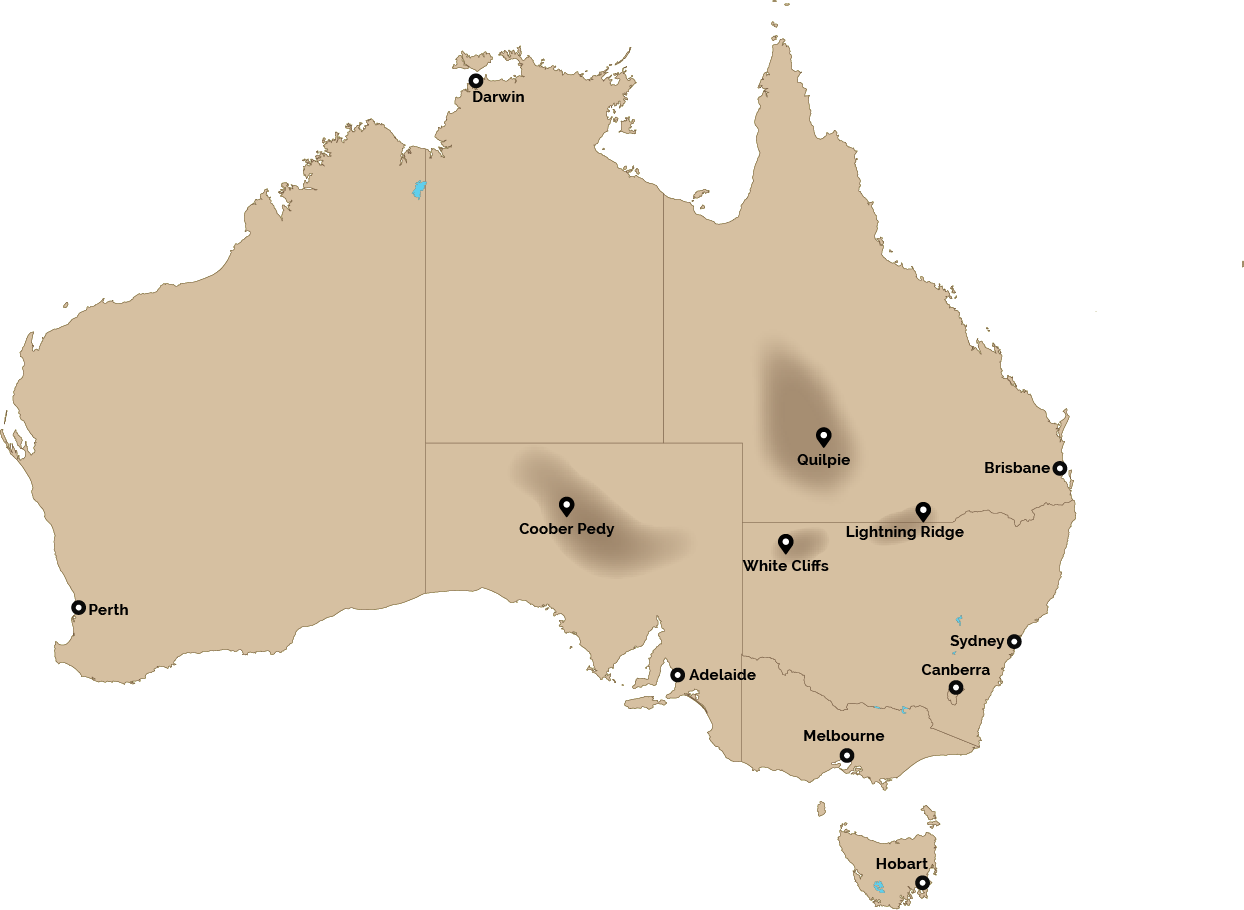 Over 90% of the world’s opals are found in the remote Australian Outback. Different mines produce different opals. Some specialize in light (or white) opals, where others produce common opal, fire opal and boulder opal. The chief source for supplying the finest black opal is the Lightning Ridge mine, located just north of Sydney, Australia. A finite supply and unprecedented demand over the last 30 years has caused a tremendous shift in the rarity and availability of black opals. The good fortune of the mine, the weather conditions and floods, and a lack of new discoveries all play a part in the supply of this scarce and spell-binding gem. Attempting to predict the future of the elusive black opal is impossible, but one thing is for certain, this mystifying and mesmerizing gem is a true masterpiece of Mother Nature. 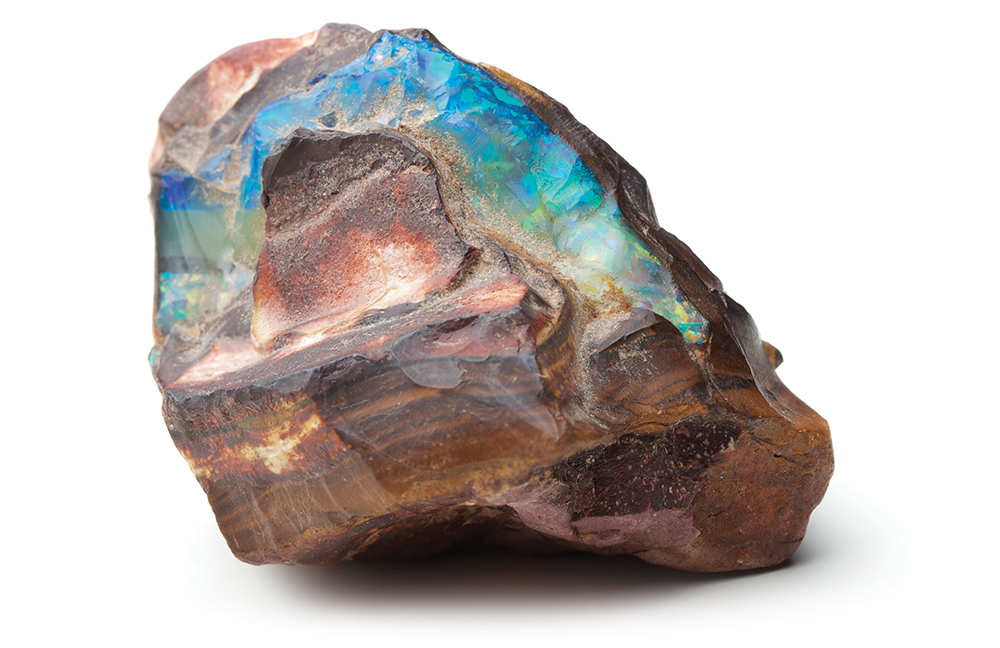 Did you know? Legends say that opals contained lightning and fell from the heavens during thunderstorms. Many cultures have credited opal with supernatural origins and powers. The Romans believed opal to be the most precious and powerful of all as it displays the colors of many gems.

Opal is known for its unique display of flashing rainbow colors called play-of-color. The opal acts like a prism, refracting white light which produces a visual rainbow effect. Different types of opals will display color differently. Play-of-color is found in black opals, white opals, Ethiopian opals and boulder opals. On the other hand, fire opals typically only display one dominate color. Opals come in a variety of patterns and a vast arrangement of colors, guaranteeing each gem to be a completely original masterpiece! 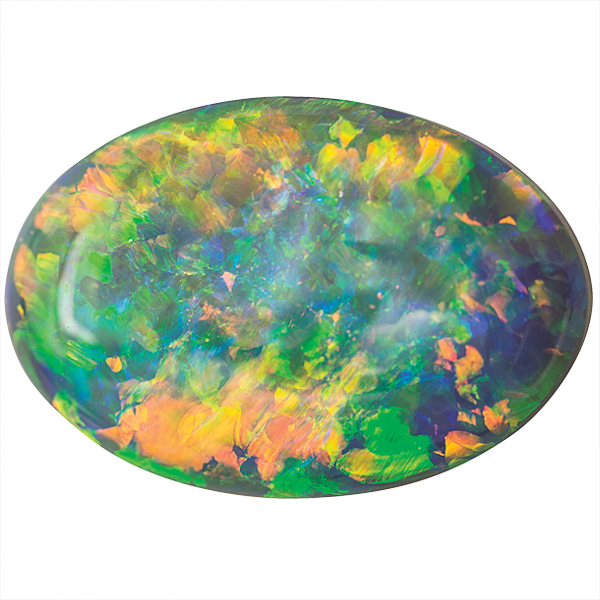 Black Opals are the most prized of all opals. High quality black opals are very rare and will display a dark background with a bright play-of-color. 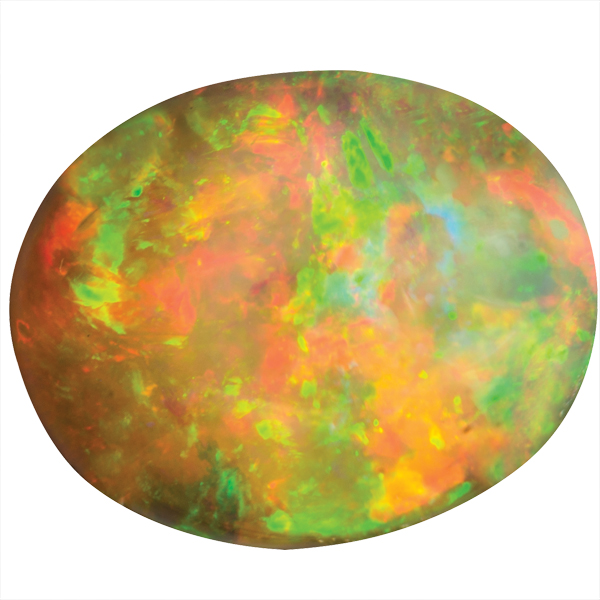 White Opals (sometimes referred to as light opals) are the most widely available. These opals feature play-of-color against a colorless to light gray background. 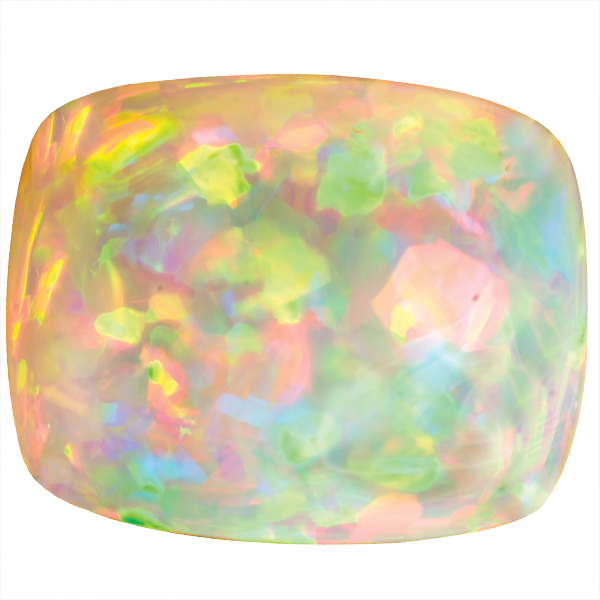 Ethiopian Opals are newly discovered and highly sought after for their hot neon multi-color pattern, which is typically displayed against a light body color. 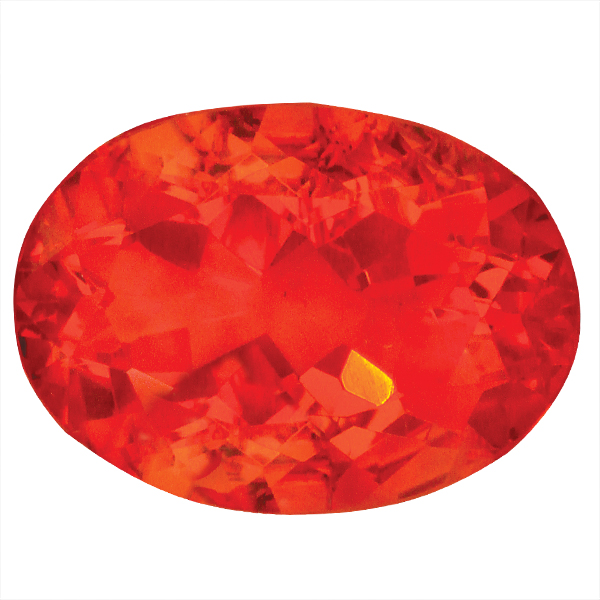 Fire Opals display a fire-like body color such as yellow, orange or red. This gem often doesn’t feature any play-of-color. 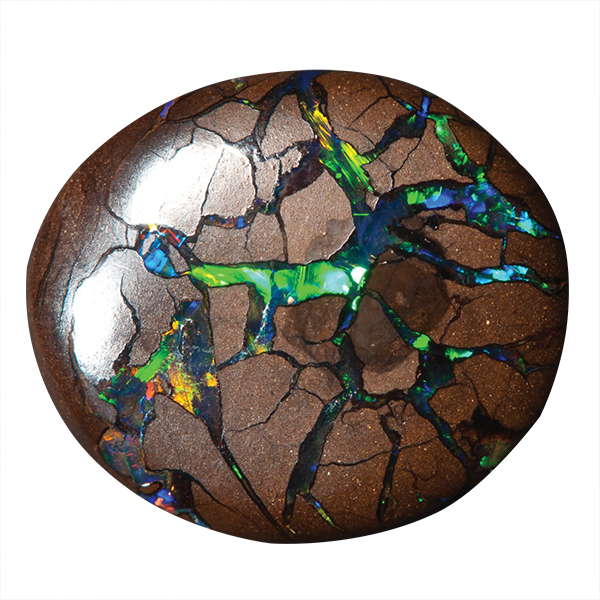 Boulder Opals are a type of precious opal where the host rock forms naturally as part of the gem. These opals can be black or white depending on the appearance of the stone when viewed from the surface.

» Learn more about Opals in our Gemstone Guide

» View a selection of our Opal Jewelry

» Learn about our Custom Design Studio